Hey hey, ho ho, allrighty then ... so I couldn't do a post on Misery every day for a week.  I should have known that was overly ambitious.  Last week turned out to be a bit more hectic than I'd planned, so King-blogging had to take a back seat, along with most of the other nonessentials in life.

But you didn't come here to read about that, did you?

Let's waste no further time, but go ahead and dive right back into the wacky world of Paul Sheldon and Annie Wilkes.  I've got a slender topic today, but I think it's a vital one. 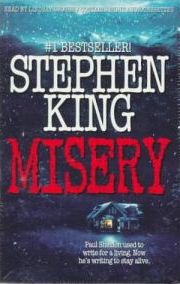 Welcome back for the third day of my look at Misery.

It's gonna be a brief one today, 'cause friends and neighbors, time is shawt, lawdy, lawdy. 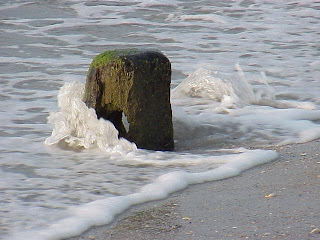 Read more »
by Bryant Burnette at 1:14 PM No comments:

Welcome back to my week-long celebration of the oogy glory that is Misery.  As I indicated yesterday, I've got a topic in mind for today, and the following photo will give you an indication of where we're headed: 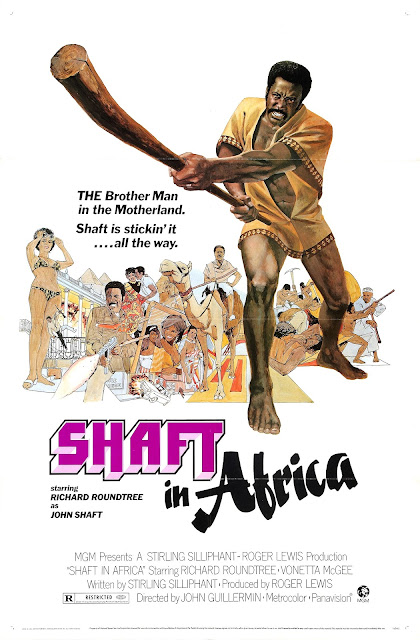 That's right, we're on a steamer ship bound for the Dark Continent.

(Yes, I'm aware that Stephen King has nothing to do with the Shaft films, but hey, it was either that poster or a photo of Toto ... and Richard Roundtree wins that fight every time.)

Read more »
by Bryant Burnette at 1:49 AM No comments:

Having stayed up until the gruesome hour of 5:17 this morning finishing up my reread of Misery, I am now setting myself a semi-daunting task: to write something coherent about this fine, rich novel once each day for a week.  If it doesn't happen, don't blame the novel: it'll be nobody's fault but mine.

More follows this picture, which makes all sane people chuckle. 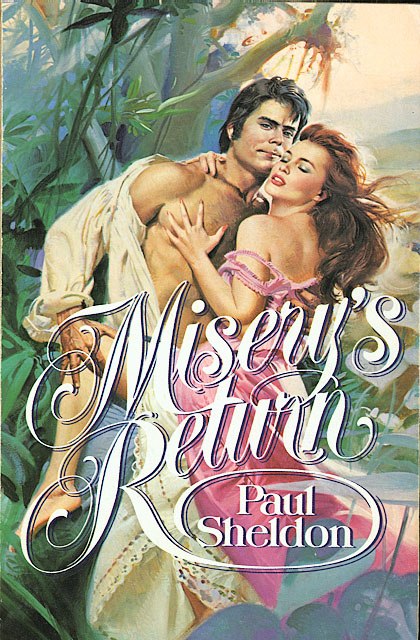 I can tell you one thing for sure, ole Annie Wilkes, she wouldn't have chuckled, and I'm not entirely sure ole Paul Sheldon would have, either, by novel's end.  Ole Paul's chuckling days are probably behind him at that point.

A Review of "Morality"

I wrote a review of the short story "Morality" for a different blog -- Loaded Couch Potatoes -- back in June 2009.  I felt like posting something today, and a visit into my personal vault seemed in order.  So, first of all, here is the cover to the issue of Esquire in which the story first appeared: 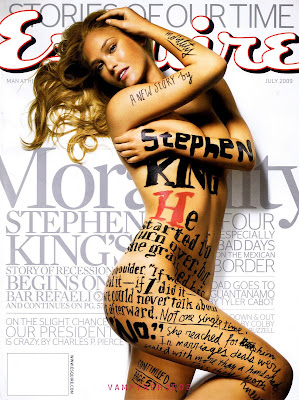 Hottest manuscript ever?  I don't know, but in merely pondering the question, I'm feeling my own sense of morality rapidly slipping away.  Follow the jump to find out how our favorite writer dealt with the issue of morality a couple of years ago...

Email ThisBlogThis!Share to TwitterShare to FacebookShare to Pinterest
Labels: Morality, The Bazaar of Bad Dreams

Lots of news this week -- most of it shockingly free of actual news -- regarding new movie adaptations of Stephen King novels: renewed efforts at Paramount to get Pet Sematary back on screen; a fresh push at Warner Bros. to get It moving forward again; and, of course, the proposed new film version of The Stand that CBS and Warner Bros. will be co-producing.

Not surprising, and the plethora of news makes me even more optimistic for Ron Howard's Dark Tower.  Why?  Well, it's simple: if Hollywood is abuzz with dreams of Stephen King movies, and the buzz is following on the footsteps of Dark Tower rumblings, then it likely means that every agent in town is trying to get his clients in the mix for Howard's ambitious films.  As a result, King's name is getting mentioned a lot, and the other studios are looking around and asking which King properties they currently hold the rights to film.  That only happens when Hollywood has dollars in its eyes, and whereas that sounds cynical and antithetical to good art, it isn't always the case: look at what happened with The Lord of the Rings.  No, in this particular instance, I see the flurry of King-related activity to be an indication that Universal has big, big plans for The Dark Tower, and that makes me fairly giddy with antici .......... pation.

The main reason I'm writing today, though, is that I wanted to make a few observations about Misery.  The reading-it-aloud project continues, more slowly than I'd anticipated (reading time has been unaccountably slim this week) but satisfyingly.  As I've read, I've had a few thoughts regarding the novel, and the way in which it was constructed, and if you'd be so kind as to follow the break -- heh -- you can read all about them. 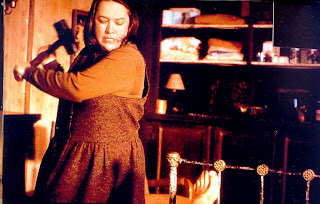 Read more »
by Bryant Burnette at 4:40 PM No comments:

Email ThisBlogThis!Share to TwitterShare to FacebookShare to Pinterest
Labels: Misery, The Dark Tower

"Sporting a page-boy haircut, nearly soulless eyes, unusual and highly memorable weapons, and a unique life and death philosophy (sometimes decided by the flip of a coin), he's the human equivalent of The Terminator, a seemingly impossible to stop killing machine." -- screenit.com

"Here we have a character who is human but also the closest thing you will come to a Terminator, unstoppable, emotionless and detached from the violence he commits. It's just a brilliant performance from Bardem making Chigurh not so much an evil character, he's just doing his job, but someone who is fascinatingly detached from what he does, almost machine like." -- themoviescene.co.uk

"...[N]ine years later, when he took his own son (then eighteen and about to start college) to the movies one night, Delevan would rise unexpectedly to his feet about thirty minutes into the feature and scream, 'It's him!  That's HIM!  That's the guy in the fucking blue suit!  The guy who was at Cle--'  ...  The movie, of course, had been The Terminator." -- The Drawing of the Three, p. 348

Fan-casting has long been a pleasant pastime for me, which hardly makes me unique among film geeks; we all tend to engage in that type of thing from time to time.  This leads to wacky ideas like Lance Henriksen for the part of Roland Deschain, or Sean Connery for the part of Gandalf, or Matt Damon for the part of James T. Kirk: ideas that seem good at the time, but probably don't bear much scrutiny in the light of reason.

The flip side of that coin is that sometimes, casting decisions that actually get made cause film geeks to break out the torches and pitchforks and take to places like the JWFan messageboards to burn the monster out of the windmill.  Christian Bale as Batman?!?  You fuckin' kidding me?  Daniel Craig as James Blond?!?  Suck my dick, MGM.

Casting, generally speaking, ought to be left to professionals.  Sure, they get it wrong once in a while, but by and large, they are good enough at what they do that sometimes they can even make a decision so inspired that the fanboys might never have come up with it in a million years.

Which brings me to this... 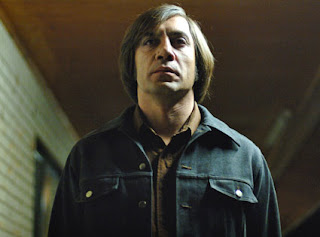