Momma always said life was like a box of ... wait, no, that's not right.

Momma, don't let your babies grow up to be ... well, that sure as heck ain't right! 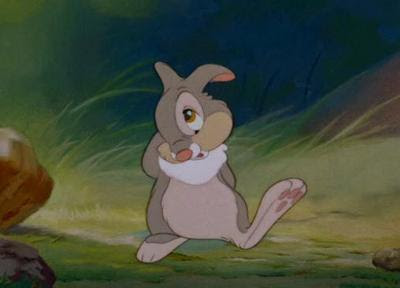 ﻿Ah!  I remember now: momma said if you can't say somethin' nice, don't say nothin' a'tall, Mahfah.  Well, momma, I don't have a whole heck of a lot of nice things to say about the 1993 movie version of The Tommyknockers, but I think I might have just enough that I can avoid breaking that good old rule.

Let's find out, shall we? 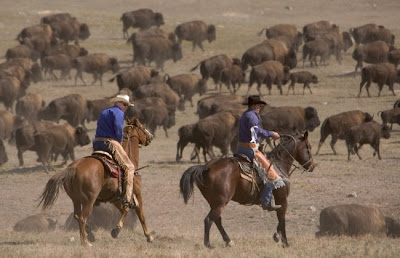 Email ThisBlogThis!Share to TwitterShare to FacebookShare to Pinterest
Labels: Christine, Firestarter, Pet Sematary, The Dead Zone, The Revelations of 'becka Paulson, The Tommyknockers, Under the Dome

She Used to Make All Kinds of Stuff Up: "The Tommyknockers" Revisited, Part Three

So far, in looking back at The Tommyknockers, I've focused almost exclusively on Jim Gardener and Bobbi Anderson, the two lead characters.  That seems fitting.  However, it'd be a shame to ignore certain other aspects of the novel, such as its large cast of supporting characters.

That does, in fact, mean that what I've got for you tonight is another grab-bag, and that seems like as good a reason as any to post the following photo: 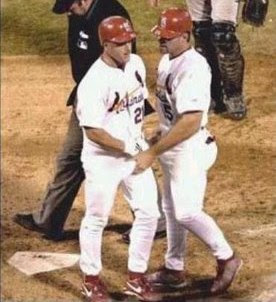 Email ThisBlogThis!Share to TwitterShare to FacebookShare to Pinterest
Labels: Black House, Dreamcatcher, It, The Dark Tower, The Shining, The Talisman, The Tommyknockers

Jim Gardener, erstwhile friend and lover of Bobbi Anderson, has been on a reading tour with several other poets, and in the course of it, he has fallen off the wagon -- viciously -- and created a very ugly scene at the home of a sponsor.  Coming to -- not waking up, precisely, but coming back to consciousness -- several days later on a beach in New Hampshire, Gardener considers flinging himself into the ocean and allowing his cramping legs to finish his life:

"He swayed forward, very close to doing it.  The part of him that still wanted to live seemed to have no arguments left, no delaying tactics.  It could have said that he had stayed sober -- more or less -- for the last three years, there had been no blackouts since he and Bobbi had been arrested at Seabrook in 1985.  But that was a hollow argument.  Except for Bobbi he was now completely alone.  His mind was in turmoil almost all of the time, returning again and again -- even sober -- to the subject of the nukes.  He recognized that his original concern and anger had rotted into obsession ... but recognition and rehabilitation were not the same things at all.  His poetry had deteriorated.  His mind had deteriorated.  Worst of all, when he wasn't drinking he wished he was.  It's just that the hurting's all the time now.  I'm like a bomb walking around and looking for a place to go off.  Time to defuse."  (The Tommyknockers, p. 87) 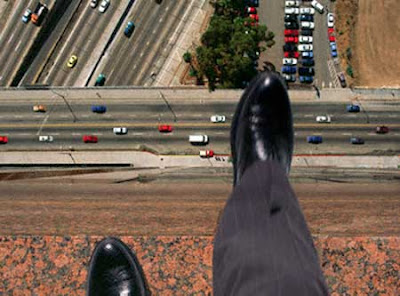 Yes, I think it's fair to say that ole Jim Gardener is a profoundly messed-up dude.

Read more »
by Bryant Burnette at 3:25 AM No comments:

Email ThisBlogThis!Share to TwitterShare to FacebookShare to Pinterest
Labels: The Tommyknockers, Watchmen

Those Days Were Also Old Days: "The Tommyknockers" Revisited, Part 1

"She began to giggle and he kissed her soundly and later took her to bed and they slept together like spoons.  He remembered waking up once, listening to the wind, thinking of all the dark and rushing cold outside and all the warmth of this bed, filled with their peaceful heat under two quilts, and wishing it could be like this forever -- only nothing ever was.  He had been raised to believe God was love, but you had to wonder how loving a God could be when He made men and women smart enough to land on the moon but stupid enough to have to learn there was no such thing as forever over and over again."  (The Tommyknockers, p. 52-3)

The Tommyknockers was by no means one of my favorite Stephen King novels when I first read it.  I don't want to get too deep into writing a history of my King fandom right now -- that's a subject for another post -- but it's worth mentioning that that fandom began with The Stand in 1990 and rapidly progressed to my scouring used book stores and reading every book by King that I could get my hands on.  I tore through his entire bibliography in something like a year, and it was with Four Past Midnight that I began buying the books as soon as they were published.  In devouring that whole canon, I loved almost all of the books that I read.  The only real exceptions: I didn't like Cujo, Thinner, or The Tommyknockers.

When I reread Cujo a couple of years ago, I found it to be a terrific novel; and when I reread Thinner not long after that, I enjoyed it reasonably well, too (I still don't rank it very high on my personal list of King favorites, but I wouldn't say I dislike it).  So, with those reversed opinions in mind, I was curious to see what I would feel about The Tommyknockers when I revisited it.

I kinda loved it.  It's a shaggy beast, one that could have used some prudent editing in a few places, but the central ideas are terrific.  The novel starts well and finishes well, and if some of what comes between is a little shaky, that's okay by me.

So, why did Bryant '91 dislike this novel?  Not being of Gallifreyan origin, I don't know that I have the proper means at my disposal to answer that question definitively.  However, I can take a guess.  The three novels listed above share one thing in common: they are extremely downbeat, and border at times on being out-and-out depressing.  Their themes are very adult ones (this is also true of Pet Sematary, which I recall liking, but being very disturbed by), and I suspect that Bryant '91 -- who turned all of seventeen that year -- was just not capable of processing a lot of what they had to offer.

The degree to which I've grown up is debatable, but Bryant '11 is a different fellow in at least some regards, and as such, The Tommyknockers had some resonance that really struck home for me when I reread it.  I've got several different essays I'd like to write to try and get at some of that, and let's let the following photo -- thanks, Google! -- serve as a clue as to what the first of those is going to be about: 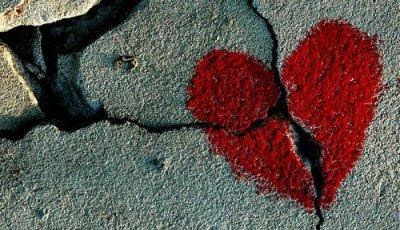 Read more »
by Bryant Burnette at 3:49 PM No comments:

Email ThisBlogThis!Share to TwitterShare to FacebookShare to Pinterest
Labels: The Tommyknockers

A Brief Review: "The Killing" 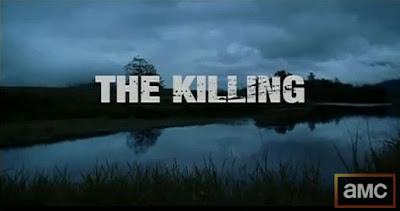 AMC has more than earned my trust.  Its first foray into original drama was Broken Trail, a pretty good two-part western starring Robert Duvall, who really ought to be in every western (including The Dark Tower, for which he would make a great Pere Callahan).  Next, they dipped their toes into the weekly-series waters, and brought that toe out flinging from it Mad Men and Breaking Bad; that, ladies and gentlemen, is THE best anyone could hope to do with their first two series.  After that, they had Rubicon, a little-viewed but nevertheless excellent show about the intelligence community, and The Walking Dead, which, if you are enough of a Stephen King fan to be reading this blog, you undoubtedly are already familiar with.

With an output like that, you're bound to inspire some serious brand loyalty, and that's exactly what AMC has earned from me so far.  Therefore, it was a foregone conclusion that I was going to be tuning in to see how they fared with their newest series, The Killing.  It premiered this past Sunday night with its first two episodes, and if those episodes are any indication, AMC has another winner on its hands.  I don't think it's up to the level of either Mad Men or Breaking Bad yet (few shows are), but it's better than both Rubicon and what I saw of The Walking Dead.


The Walking Dead is actually a decent comparison, at least in terms of gauging my reactions to the shows.  I only saw the first two episodes of The Walking Dead, and while I do want to see the rest (I'm planning on buying the DVDs at some point in the next few weeks), I felt no real urge to continue.  With The Killing, after seeing the same number of episodes, I'm already looking forward to the next one, and quite keenly.  That says all that needs to be said, really.  And yet, I'm going to continue typing away.

Here's a brief summary of what The Killing is about: it's the story of the investigation of a high-school girl's murder.  Sounds simple, right?  Well, in terms of describing it to your parents or friends or coworkers, it is.  In terms of its execution, it's anything but: it has the deliberately-paced immersiveness that is becoming AMC's calling card, as well as excellent performances, gorgeous cinematography, an effective musical score, and conveniently-placed commercial breaks (you know, so you can get up and go pee and therefore keep yourself from getting a bladder infection).  On the one hand, yeah, it's just a murder mystery; but that really doesn't get across much about the show, any more than it would to describe Chinatown as a detective tale.  The Killing may be no Chinatown ... but I wouldn't discount it just yet.


I was also reminded at various points during the first two episodes of Seven, Millennium and The X-Files, and 24, and there are probably other forebears which aren't immediately evident.  The constant rain is straight out of Seven, as is at least one scene (it's lifted straight from that movie, and beautifully so); the Vancouver locations and actors, and to a lesser extent the female-male pairing of detectives as partners, are redolent of a non-supernatural X-Files; the promise of a single story unfolding over an entire season is like a less-frantic, more emotionally resonant version of 24.

In some ways, though, I am most reminded of a non-supernatural version of Millennium.  That's partially due to the Seattle setting, but it's also due to the offbeat nature of the main character.  In The Killing we have Sarah Linden, a somewhat laconic, somewhat downbeat, somewhat harried and world-weary homicide detective who, in fine pulpy tradition, is literally in the process of finishing out her last day on the job when a whopper of a case lands in her lap.  Linden is played by Mireille Enos, who is an unconventional choice for a lead on a weekly series.  She's not beautiful, in the traditional Hollywood sense of the word (she'd almost certainly be the most beautiful woman in the grocery store on most days, though, provided that grocery store wasn't in California).  You can be not-quite-Hollywood-glamorous and still star on a show if you're an established star, of course (witness Glenn Close and Kathy Bates, amongst others) ... but Enos is also not an established star; the only thing I know her from is her role as twins on Big Love.


She was great on that show, and she's great here.  The best thing about her performance -- and she shares this somewhat with Millennium's Lance Henriksen -- is that she doesn't play it simply as a one-note thing, nor does she go the route of deliberate kookiness.  Many actresses would invest Linden with all sorts of quirks and tics, but Enos plays it straightforward.  Her tic is to never quite let you in; you never (so far, at least) gain full access to Linden as a character, and while some people might find that frustrating, I found it to be mesmerizing.  The show is a mystery, and so is Linden, in the best possible way. 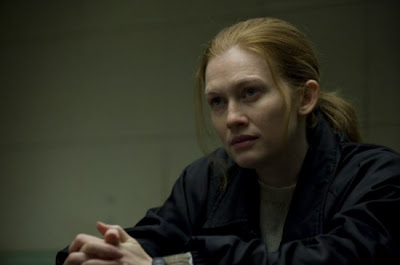