Joe Hill's "Horns" Getting Closer to the Big Screen

The Hollywood Reporter is reporting -- which makes sense, what with the name and all -- that Mandalay Pictures has hired Alexandre Aja to direct the feature-film adaptation of Joe Hill's novel Horns.

I'm going to take a good-news/bad-news/decent-news stance on this.

First of all, let's get the bad news out of the way.

I should admit right up front that I'm not a big fan of Aja's.  His film Haute Tension (that's French for High Tension) was a good-looking, sporadically nerve-wracking movie that didn't make much sense to me.  Frankly, I did not get what the fuss was all about.  The next film he made was the remake of The Hills Have Eyes, which I found to be too gory to allow me to get much enjoyment out of it.  Aja also directed Mirrors and Piranha 3D, neither of which I saw.

So that's the bad news: Horns is apparently going to be brought to cinemas by someone whose work I'm not fond of.

For all its flaws, High Tension WAS a good-looking movie, and one that a lot of people liked a lot more than I liked it.  Plus, I didn't see it under the best of circumstances: I was at some friends' apartment, watching it on a television from 1983 while their child made many, many loud distractions.  I wasn't exactly able to focus on the movie.  As for The Hills Have Eyes, it rubbed me the wrong way, but it, too, looked great ... and really, isn't it potentially a plus for a horror movie to disturb you?  I'd be a liar if I didn't admit that in the case of both of these movies, it may be the case that I was off my game as a viewer; that DOES sometimes happen.

As for his other movies, I actually heard from numerous people I trust that Piranha 3D was a hell of a lot of fun, so I'd like to check that out sometime.  Mirrors...?  I'd like to see that one, too.  Not only does it star Kiefer "Ace Merrill" Sutherland, it also stars Paula Patton?

What's that?  You don't know who Paula Patton is?  Well, allow me to introduce the two of you:


Yessir, THAT is Paula Patton.  She's one of the most jaw-droppingly beautiful women in the world.  Add that to Ace Merill, and yes, I kinda want to see Mirrors despite being rather uninspired by Alexandre Aja's work.  (By the way, I'm dying to see Mission Impossible: Ghost Protocol, which is directed by Brad Bird.)

That, then, is the decent news about: Aja has made visually striking movies, if nothing else, and it's entirely possible that combined with solid source material, he might be able to produce something genuinely good.

The good news: Joe Hill is getting closer and closer to gaining a firm foothold in Hollywood.  As you know if you read the novel (my review of which can be found here), Horns is definitely solid source material.  It's an odd novel in some respects, but it's got some very cinematic qualities, and the sweep of the story arc ought to serve as prime fodder for a satisfying movie. 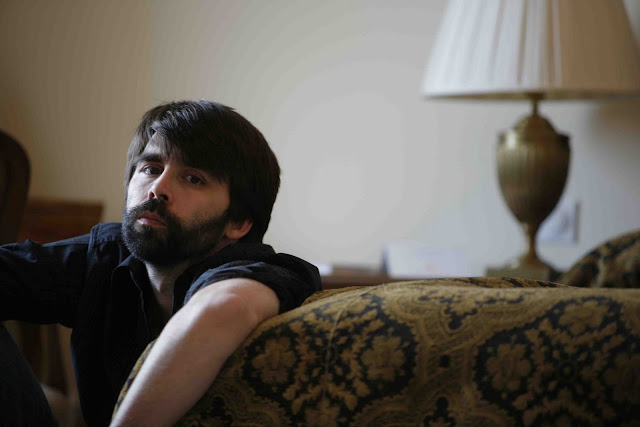 The article in the Hollywood Reporter makes no mention of any cast for the film.  The last I heard about the movie, Shia LaBeouf had been signed to play Iggy Parrish, the novel's protagonist (or antagonist, depending on how you look at it).  It's possible that LaBeouf is no longer involved, which would be okay by me: he's a great actor, but somehow I have a hard time picturing him as Ig.

My choice, if I had one: Aaron Paul from Breaking Bad.

No matter what, I'm happy to see the project is gaining steam again.  Here's hoping it turns out well!
by Bryant Burnette at 4:04 AM