The Meat's Sweetest Closest to the Bone: A Review of "Mile 81"

What was it...like, a month ago when I started writing this five-part series on King's 2011 short stories?

Well, in any case, I'm back now with part three, which will be dedicated to the third short story King released in 2011, "Mile 81."  This was -- and still is, excepting a fine audio version read by Thomas Sadoski -- a Kindle exclusive, and while some called it a novella, I can only think of it as a short story.

And it's not one of my favorites, if I may be honest about things.

I wrote about the story once already, and in returning to it for a second -- and, ambitionally-speaking, lengthier -- review, I find that I really just don't have that much more to say.

I didn't like the story any more the second time than I did the first.  I still don't dislike it, exactly ... but there's nothing here that thrills me, or moves me, or scares me.  It's just kind of ... there.  I read it the first time and did this: 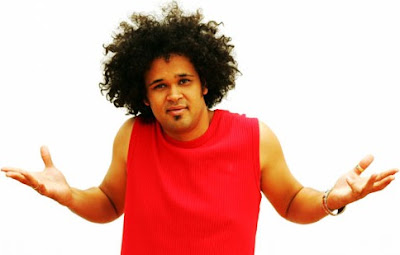 Then, when I read it a second time, I did this:

Different picture; same shrug.  (Sidebar: I was shocked at how far into Google Images I had to search before I could find a decent couple of images of "shrug."  Plus side: apparently, there is a female fashion called a shrug; so I guess we all learned something today.)

Email ThisBlogThis!Share to TwitterShare to FacebookShare to Pinterest
Labels: American Vampire, Christine, From a Buick 8, Mile 81, The Bazaar of Bad Dreams, The Raft, Thomas Sadoski

A Brief Review: "The Dark Tower: The Wind Through the Keyhole"

It's almost not fair for me to write a review of this novel, since it won't go into wide release for nearly two more months.

With that in mind, I'm not going to do my typical thing, which is to try -- with varying degrees of success -- to dig into the meat of the book.  I can't do that without getting into spoilers, and I have no intention of doing that; 'twouldn't be fair to those who haven't the opportunity to read the book yet, sai; not fair at all.

So, instead, I'll just give some brief general impressions first, which will tell you whether or not I feel like you should be excited to read the book.  After that, I'll issue a warning that there be mild spoilers ahead, and I'll dive into a general discussion of the novel's interesting structure.

First things first: if it bums you out that I've read the novel and you have to wait until April 24th, I've got a solution.  Head over to Grant's website and buy yoself a copy.  The artist edition is still available; sure, it's $75, but it's signed by artist Jae Lee.  PLUS, that way you don't have to wait until April, and the quality of the physical book itself is simply awesome.  If you can justify spending the money, you really ought to spend it ... just sayin'.
Read more »
by Bryant Burnette at 11:57 PM 38 comments:

Email ThisBlogThis!Share to TwitterShare to FacebookShare to Pinterest
Labels: A Brief Review, Jae Lee, Kevin Quigley, The Dark Tower, The Wind Through the Keyhole

Here's a review I wrote of the Children of the Corn remake for Loaded Couch Potatoes back in 2009. 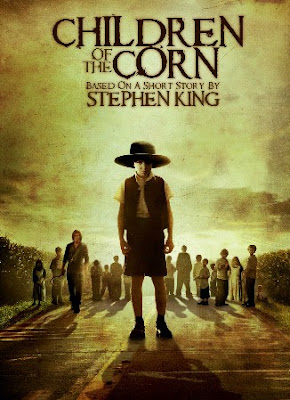 Let me establish some credentials right up front:

I’m sure you can guess by the simple fact that I’m writing a Stephen King-related column that I’m, well, a Stephen King fan.  I have been since roughly 1987, and I’m primarily a fan of his written work.

Here's a review I wrote for Loaded Couch Potatoes of the one-shot The Dark Tower: Sorcerer on April 20, 2009. 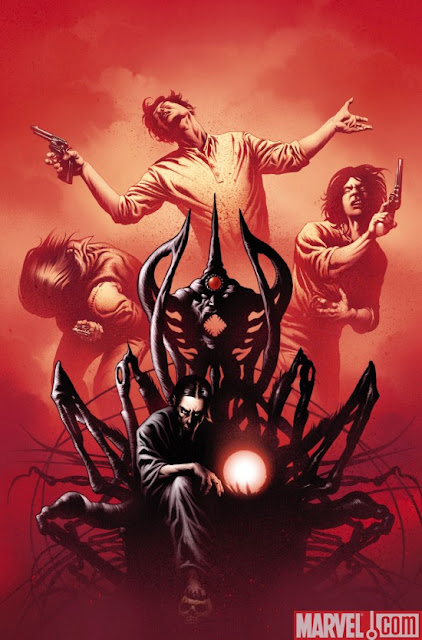 The sharp-eyed observer will notice that the Dark Tower line has a slightly different creative team this issue, with Robin Furth graduating from plotting/consulting duties to plotting/script duties and Richard Isanove moving from co-artist to solo artist.  Scripter Peter David will be returning for the next arc in the series, The Fall of Gilead, but co-artist Jae Lee has apparently left the series.

Read more »
by Bryant Burnette at 8:14 AM No comments:

No, Seriously: Who IS Watching the Watchmen?

I sometimes get asked who my second-favorite writer is.  (This is a complete lie: I have never once been asked that question.  But let's roll with it; it'll make this post easier for us both to get through.)  #1 is obviously Stephen King, right?  Right.

But who gets the silver medal in the Bryantlympics?

I sometimes answer Larry McMurtry, whose novel Lonesome Dove is probably my single favorite book, and who also wrote a number of other fine novels (among them: Terms of Endearment, The Last Picture Show, and Horseman, Pass By).  Lately, I've been answering Joe Hill, whose work has not only impressed me, it's flat-out floored me.

But I think the real answer is Alan Moore.  I forget about him sometimes, which seems like an odd thing to say about someone I'm holding up as a strong potential candidate for second-favorite-writer status.  It's true, though; I go stretches of time in which I think about Moore almost not at all.  The dude IS a magician ... maybe he occasionally casts a cloaking spell on himself or something, I dunno. 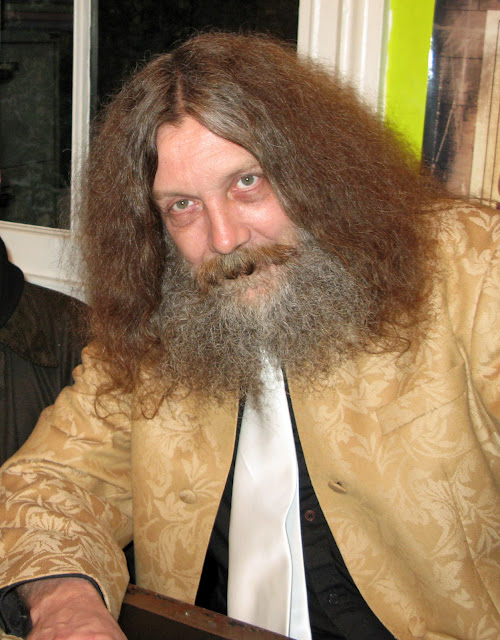