Titan Books put three limited-edition hardback versions of Joyland on sale this morning.  If you want one, go here, and if you want a signed edition, I wouldn't even finish reading this sentence.  See there, you probably missed out! 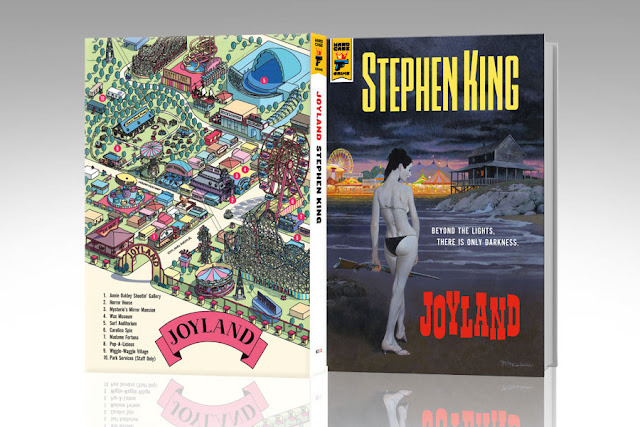 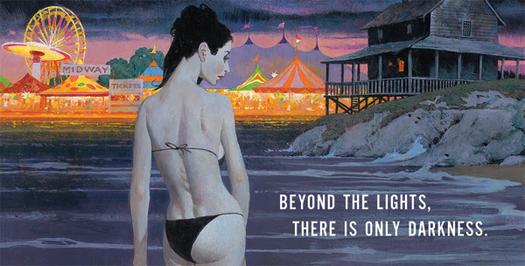 Email ThisBlogThis!Share to TwitterShare to FacebookShare to Pinterest
Labels: Joyland

A Review of "I Travel By Night" [by Robert McCammon]

Howdy, y'all!  It's yer friendly neighborhood Stephen King fan, back again with a review of...yet another book not written by Stephen King.

What can I say, folks?  The word "mostly" is right there in the title of the blog, so I figure I'm covered.

Anyways, we could continue dwelling on my slight lack of focus, or we could just get to the review; let's do the latter. 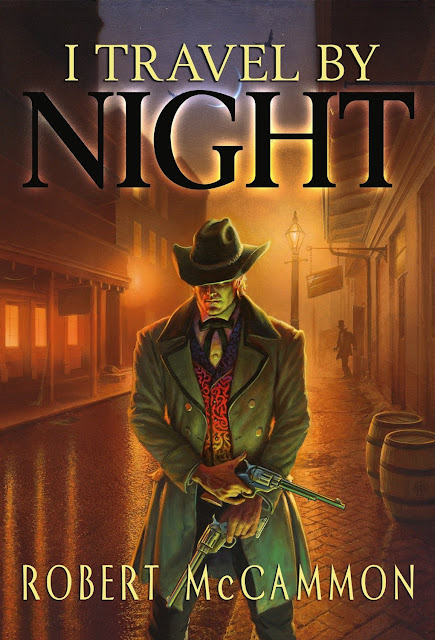 Here's the lowdown on I Travel By Night, the new short novel by Robert McCammon: Trevor Lawson is a gunslingin', private-detectin', badass who used to be a Confederate Soldier in the War of Northern Aggression.  His exit from that war was facilitated by a pack of vampires, one of whom (a queen vamp named LaRouge) takes a shine to him and decides to add him to the group.
Read more »
by Bryant Burnette at 1:12 AM 5 comments:

I'll go ahead and let you all in on a fact I was planning to keep secret: I did a lousy job of reading Joe Hill's new novel.
Don't be confused by what that means.  I finished the book; I did the majority of my reading in three multi-hour chunks spread across four consecutive days off from work, and earlier tonight I completed page 692, closed the novel, nodded to myself at a goal accomplished, and that was that.  I had a cat in my lap, so I sat there for a few more minutes, petting Duncan Idaho and refusing to let him bite my fingers.  Then I got up and farted around on the Internet for a while; next thing you know, I'm writing this review.  But yeah, I definitely finished the book.

So when I say that "I did a lousy job" reading this novel, don't think that that means I gave up on it or anything like that.  Nope.  Not the case.  I read the entire thing.

It was a struggle, though.
And when I say "it was a struggle," what I mean is that it was so fucking good that I literally had trouble focusing on the words.  I'd find myself getting in a groove where I'd get so wrapped up in what was happening that I was digesting entire pages in, like, ten seconds.
To shed some light on this, let me tell you a story.  I had a dog once.  Well...technically, he was my roommate's dog.  Well, technically, he was my roommate's ex-girlfriend's dog.  Doesn't matter.  Let's just say he was my dog, because it makes the story flow better.

I had a dog once.  And one night, me and my roommate cooked dinner.  What'd we cook?  Uh...I don't know...let's say it was country-fried steak and mashed potatoes and fried okra.  Seems entirely possible.  So anyways, we're eating, and the doorbell rings, and it was...well, I think it was a neighbor.  Let's say it was.  The neighbor had something to deliver, or something to tell us, or wanted some goddamn thing or another.  Doesn't matter.  Point is, both my roommate and I went to the door to speak with the neighbor, and at some point, it occurred to me to turn around and look and see what old Riley the dog was doing.  I could see the dining-room table through the kitchen, and what I saw was Riley, standing in the middle of the table, snarfing up food like he had some inside knowledge that the planet was about to be pulled into a black hole, and wanted to eat as much as he possibly could before shit got all stretchy and weird.

Either my roommate or me screamed at him to stop, and we took off for the dining-room.  As we approached, Riley actually accelerated his food intake.  It was astonishing; it was like his stomach was the black hole, and the black hole had chosen to begin its conquest of the planet Earth with some country-fried steak, mashed potatoes, and fried okra.  There's no way he was tasting anything, or actually enjoying it; this was simple, grim food annihilation.
Riley annihilated until we reached the table, and then he scampered down off the table and went and hid in the nearest corner, shivering in fear of the retribution that surely awaited.  Shivering and scared, yes, but also licking his lips; scared to death, but with a foundation of immense self-satisfaction.

We thought it was the funniest fucking thing we'd ever seen.

Anyways, as I got further and further into NOS4A2, I found myself not so much reading the words as pulling them into myself at maximum speed, as if my brain was a black hole and it was dismantling the world one sentence at a time, starting with this Joe Hill hardback.

I was, technically speaking, reading the entire thing, but I occasionally began doing at such a fevered pitch that I'd realize I was getting very little actual use from the words.  I knew what was happening, story-wise; but the style in which it was happening was, at times, largely lost on me.

That is hardly the first time such an experience has happened to me.  It happens nearly any time I'm reading something that I am genuinely enjoying, especially if it is a first read of that book.  Most recently, I caught myself flying through Double Feature by Joe's brother Owen King; when reading 11/22/63, I had to fight the problem back like I was defending fucking Helm's Deep.  One tactic I have been known to employ in this fight is reading aloud; that forces me to slow down, and to take some actual taste from the words, rather than merely suck them up like I'm some sort of vacuum for prose.

I tried it with NOS4A2, and it would work for a bit, but inevitably, I'd find myself in black-hole territory again, devouring whole pages at breakneck pace.  As a result, while I certainly enjoyed the novel, I canot honestly say that I feel like I gave it its due as a reader.

Because if you think I won't be reading NOS4A2 several more times before my time on Planet Earth is done, you are 100% mistaken.  I figure half a dozen more, bare minimum; and that's not counting the audio version (which I really want, partially because it's read by Kate Mulgrew, one of my very favorite Star Trek captains).

Now, with that apology/explanation/praise dispensed, let's move on to the actual review.  It won't be heavy on plot, because I don't want to spoil the novel's contents for anyone. 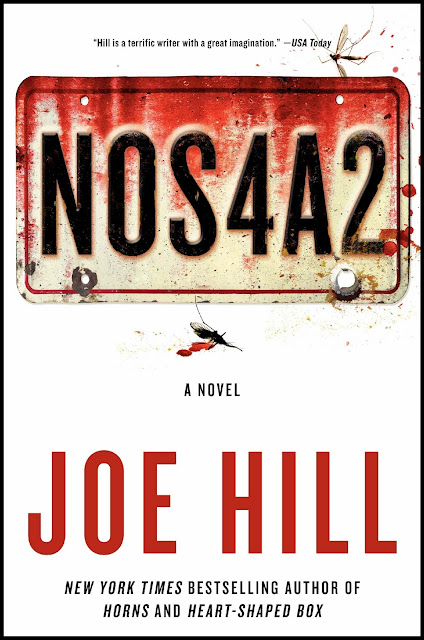