The recent remake of Carrie has been out on DVD and Blu-ray and various download platforms since January 14, which means that I'm way behind in getting a review out.  Hey, look, it is what it is.

Don't take my two-months' silence for disinterest, however; as you might recall from my review of the movie from last October's theatrical release, I am a fan of the movie.  I had problems with it on its initial release, but they did not prohibit my enjoyment.

Returning to the film in preparation for this review, I re-watched the movie four times: once the old-fashioned Blu-ray way; once with director Kimberley Peirce's commentary track; once on my laptop, via the DVD Sony included with the Blu-ray package (for screencapping purposes, and with the sound muted -- I listened to scores from original-series Star Trek episodes during this process, and there were times when the music fit the imagery almost perfectly . . . and times when it really, really didn't fit it at all); and then again with the commentary track for note-taking purposes.

Any good movie -- and a great many bad ones, too -- will offer up its secrets in layers, so that if you revisit it, you will find yourself noticing new things each time.  Sometimes this causes you to appreciate a movie more, and sometimes less; but generally speaking, you will find yourself refining your opinions, for better or worse.

Or, at least, you will if you happen to be a blogger named Bryant Burnette who writes The Truth Inside The Lie.  Others' mileage may vary, I suppose; but this is my experience, and it holds true.

For example, it holds very much true as regards Kimberly Peirce's version of Carrie, which I've now seen (one way or another) six times.  Let's cut to the chase: yes, I still like it.  Yes, I also still have problems with it.  BUT . . . I have fewer problems with it, and the aspects that I liked initially seem even stronger to me now.  So, all in all, my already-positive opinion of the film has become even more positive, albeit still tinged with a slight bit of "why'd-they-do-that" negativity.

This is the first of two posts I am going to do about the movie.  More on that second one later; let's get the first written before we worry about the second, and the first is going to consist mostly of me rambling my way through the various thoughts I've accumulated during the course of my recent rewatches.  We'll be illustrating the review with copious screencaps, too, so if my words bore you, there'll at least be some pretty pictures to look at. 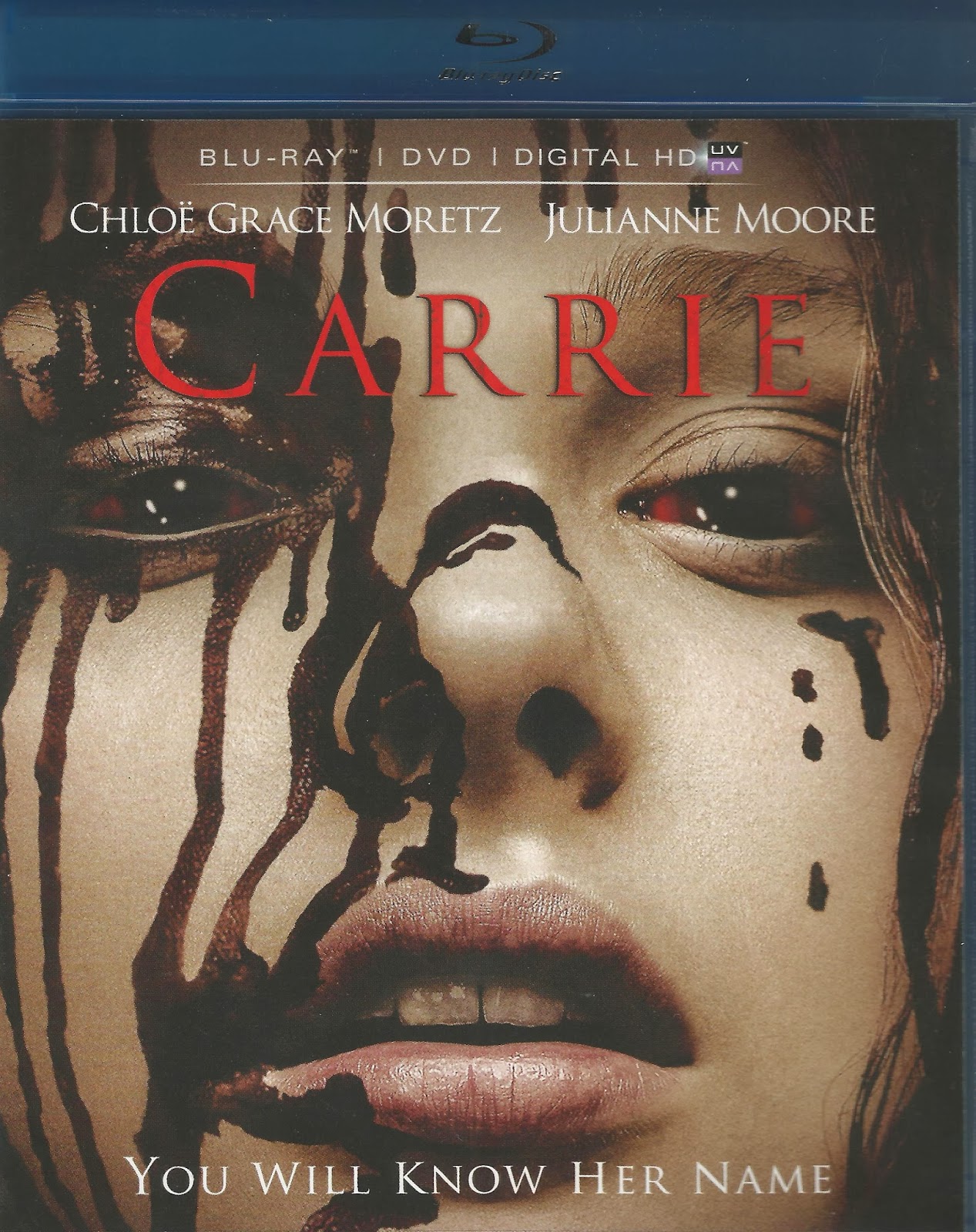 I wouldn't necessarily count that image as one of them, though.  I continue to be unimpressed by the way the movie was marketed, especially the "YOU WILL KNOW HER NAME" tagline.  I mean, is the lack of familiarity with the name "Carrie White" an issue in any way?  Not really, not in-story or in our own world, where we've been hearing the name for forty years now.  It's a tagline that means nothing, says nothing, and gained the movie's box-office nothing.
Read more »
by Bryant Burnette at 7:52 AM 44 comments:

Going on two months since the last Bryant Has Issues.  Perhaps I should have a standardized spiel about how the delay was unintended, so forth, etc., that I can just copy-n-paste into the beginning of each one of these things going forward.

To tell the truth, though, I've been waiting on purpose.  For what? 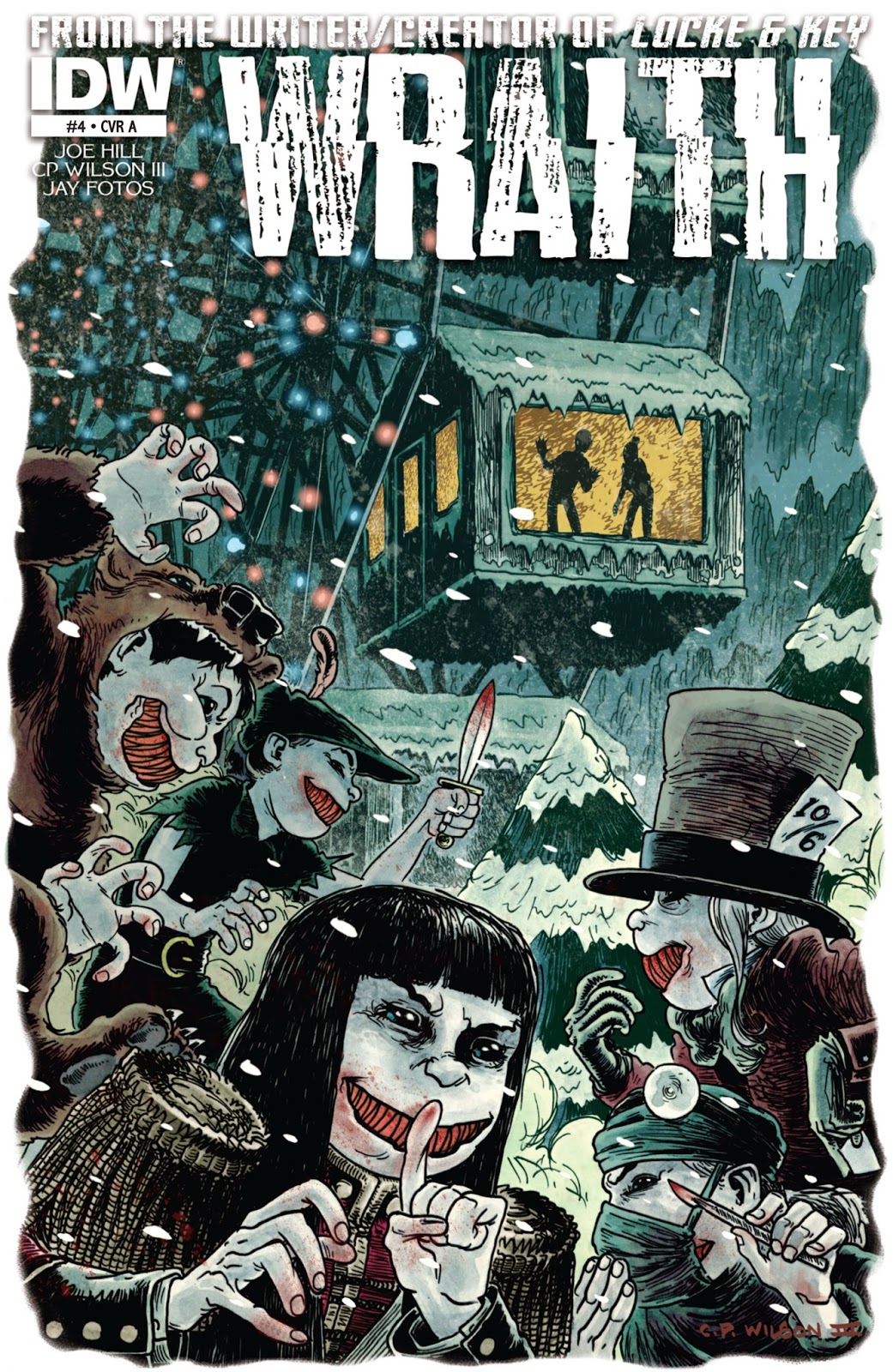 As you might recall, when last we spoke of Joe Hill NOS4A2 spinoff Wraith, the carload of merry convicts was arriving at Christmasland.  We deeply suspected that nothing good would happen to them once they arrived, and the cover to issue #4 is a strong indication that our suspicions were well-founded.

Pardon My French (and German)

No, not because of all the profanities I use.  Sorry bout 'em, though, I guess. 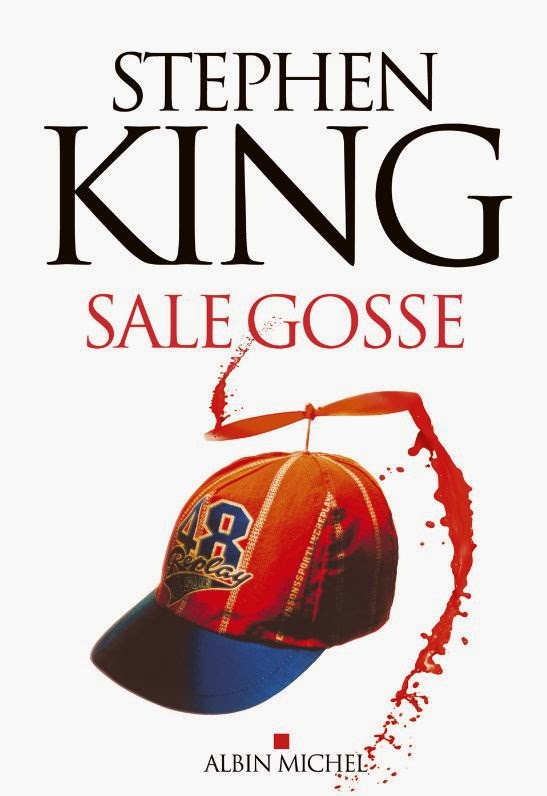 For those of you who have not heard about it already, this is the "cover" of an upcoming French e-book by Stephen King.  "Sale Gosse" is a short story -- English translation, "Bad Little Kid" -- that King is publishing exclusively in France and Germany, as a means of saying thanks to his European fans, who greeted him with great warmth on his recent overseas book tour for Doctor Sleep.
Read more »
by Bryant Burnette at 1:52 AM 6 comments:

A Review of "Under the Dome" Season 1 on Blu-ray

Well, now that that silliness is out of the way, let me tell you that I had not intended to allow the better part of four months slip by before posting a review of the set.  However, I didn't want to toss a review out merely for the sake of having one out; it made more sense to me to sit down and actually watch the discs, and base my review around whether my opinions of the season changed from the mostly-negative place where they ended up when last summer's run of episodes concluded.

Hence, no review until now.

But I was finally able to motivate myself to tackle it, and so I plowed through the thing over the course of about a week, taking it chunks one disc at a time.

I still have all the same problems I had with it last summer.  But, that said, I did find myself engaged by it sporadically, and I'd be a liar if I didn't admit to getting at least enough enjoyment out of the rewatch to make it worth my time to have done so.

Before we proceed, here are a few photos of my Amazon-exclusive set, the one what come with the snow globe:

Was this snow-globe set worth the money I spent on it?  Eh . . . arguably not.  The globe is a bit of a disappointment, and I really wish they hadn't decided to house the discs beneath/within it.  The thing to do would have been to have the standard Blu-ray set be inside the package, and for the snow globe to simply be a snow globe.  And maybe look more like an actual snow globe.  Just sayin'.  As is, the set presents significant problems for the collector in terms of where to place it on one's shelf.  I've got all my King DVDs and Blu-rays on their own shelf, and this set really doesn't fit anywhere with them.  Is that a problem?  No, not really.  But it is a minor annoyance, and I expect things that I spend $90 on perhaps NOT be describable as "minor annoyances."

But so be it.  Let's move along and not worry about it.

This review is not going to tackle the episodes one-by-one.  I did that last summer, and for those of you who may have missed those reviews, I'll now favor you with episode-by-episode links:
Read more »
by Bryant Burnette at 3:07 AM 9 comments: