"The Bazaar of Bad Dreams" Prognostication

As you may or may not have heard, Stephen King recently announced that he would be releasing a new short story collection (titled The Bazaar of Bad Dreams) in late 2015.  This will be King's sixth collection of short stories (I'm choosing to not count books like Full Dark, No Stars that primarily collect novellas), and while we do not yet know what the contents will be, we do know a few facts:


Apart from that, we simply do not know.
We can, of course, engage in wild speculation, and that's exactly what I'm about to do.
First, however, this: it brings me near-physical pain to post a blog entry that has no images, so now -- in real time! -- I am going to Google the phrase "the bazaar of bad dreams," and post the five most interesting images from page one of the results.  I have no idea what this will yield; for all I know, it could be nothing but genitals.  I hope not, but we're all going to find out together.
Here goes:


Now, with that out of the way, let's get to the meat of this post: a story-by-story examination of all of King's uncollected short prose, along with prognostication from yours truly as to what the eventual contents of The Bazaar of Bad Dreams will be.
Read more »
by Bryant Burnette at 6:41 AM 45 comments:

Email ThisBlogThis!Share to TwitterShare to FacebookShare to Pinterest
Labels: The Bazaar of Bad Dreams

A (No-Spoilers) Review of "Revival"

2014 is winding down toward its end, and yesterday brought a nice late-year treat: a new Stephen King novel.  As has been the case the past few times Uncle Steve released a new book into the wild, I took a couple of vacation days so I could digest it promptly.
And now, here I am, sharing my opinion of it with you fine folks. 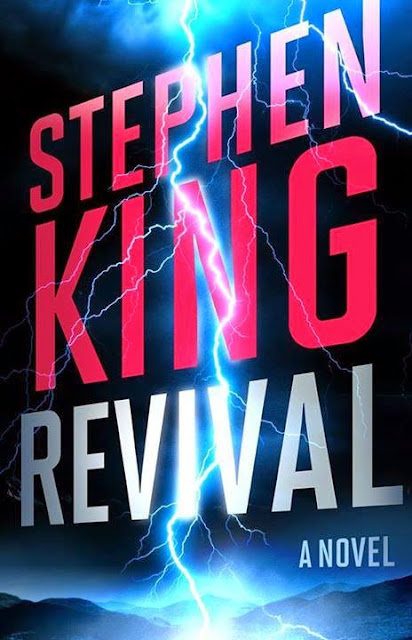 I wish I could tell you I loved it.
And I could.  I could lie to you.  And while we're on the subject, say . . . did I ever tell you about the time I was an astronaut?  Yeah, it was pretty wild.  See, the Earth had started to wilt, and so NASA decided to send a mission to another galaxy to hopefully find a new planet for us all to go live on, and guess who captained that mission?  That's right: me.  Yeah, sure enough: it was pretty wild.
That sounds a bit like the setup for the movie Interstellar, doesn't it?  Guess what?  It is.  That's not MY story at all.
But that didn't stop me from lying about for the duration of a few sentences.
Read more »
by Bryant Burnette at 10:16 PM 46 comments:

Email ThisBlogThis!Share to TwitterShare to FacebookShare to Pinterest
Labels: Revival

For the First Time in Years He Could See a Future: "Needful Things" Revisited, Part 3

We are scarcely more than twenty-four hours away from the release of a new Stephen King novel, Revival, and the mission for The Truth Inside The Lie is clear: get Needful Things out of the way before the new book arrives.
I'm almost certainly doomed to failure in that regard, given that I still want to write about the movie and the audiobook; but hey, you never know.
In any case, this third and final post about the novel itself is going to approach Needful Things from a slightly different angle than my first two posts about it did: I'd like to go micro for a bit, and hone in close on a concentrated section of the book.

Email ThisBlogThis!Share to TwitterShare to FacebookShare to Pinterest
Labels: Needful Things, Storm of the Century, The Eyes of the Dragon, The Stand

We're getting very close to the release of a new Stephen King novel (Revival, November 11), and I thought that was a good occasion to unleash the 2014 version of my Worst To Best rankings of Stephen King movies.  October alone saw three new movies join the ranks, so an update was certainly warranted based on those, if on nothing else.

Truth is, though, my thoughts on all these things shifts and changes over time.  "Evolves," I sometimes think, although "devolves" might be equally true.

I won't belabor the introduction, except to offer a word about the way I went about compiling the list.  I started totally from scratch.  So if you've ever read one of the previous versions of this post, what you're getting with this version is a wholly fresh set of rankings; I did not consult the previous editions at all in terms of checking to see what had ranked where in previous years.

So if this version seems inconsistent with last year's, that's okay by me; I set it up to allow for that.

In addition to the new films released since the last time we did this, I've also added individual television episodes into the rankings.  Not in the case of ongoing series (like Under the Dome and Haven) or even single-season series (like Golden Years and Kingdom Hospital), though, because that'd be too much work.  But adding one-offs and episodes of anthology shows seemed entirely doable, so they've been added into the mix here for the first time.

I did, however, carry over a good deal of the text from last year's post.  Most of it still seemed thoroughly usable.

Before we get started, I'd add that this is just a harmless bit of fun.  So if you're a die-hard fan of some of the pieces of shit films we'll be ranking here, I apologize in advance.  I'm sure you probably hate something I love, too, so let's just call it even, okay? 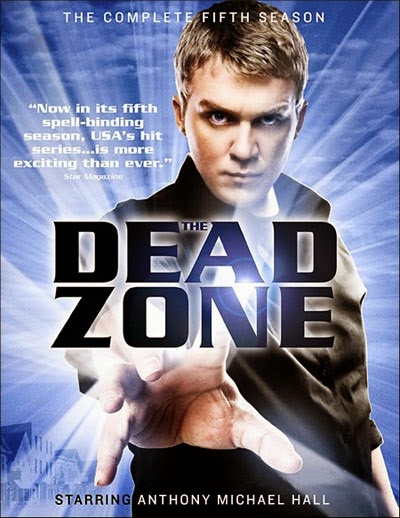 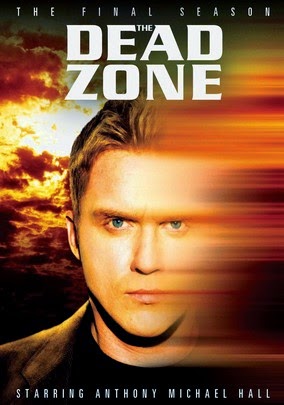 Just so we're clear on this, let me note that I am not saying that the final two seasons of The Dead Zone belong on the absolute bottom of the heap.  They probably don't belong very high, if the fourth season is any barometer; but the fact is, I can't say for sure, because I haven't seen the final two seasons.  I think I saw maybe two or three episodes of season five before pulling the ripcord and bailing out of the flaming wreckage that was that series by that point.
I'll get around to seeing them eventually, but until I do, here they reside.
But I feel absolutely certain that they are better than...
#106
Creepshow III 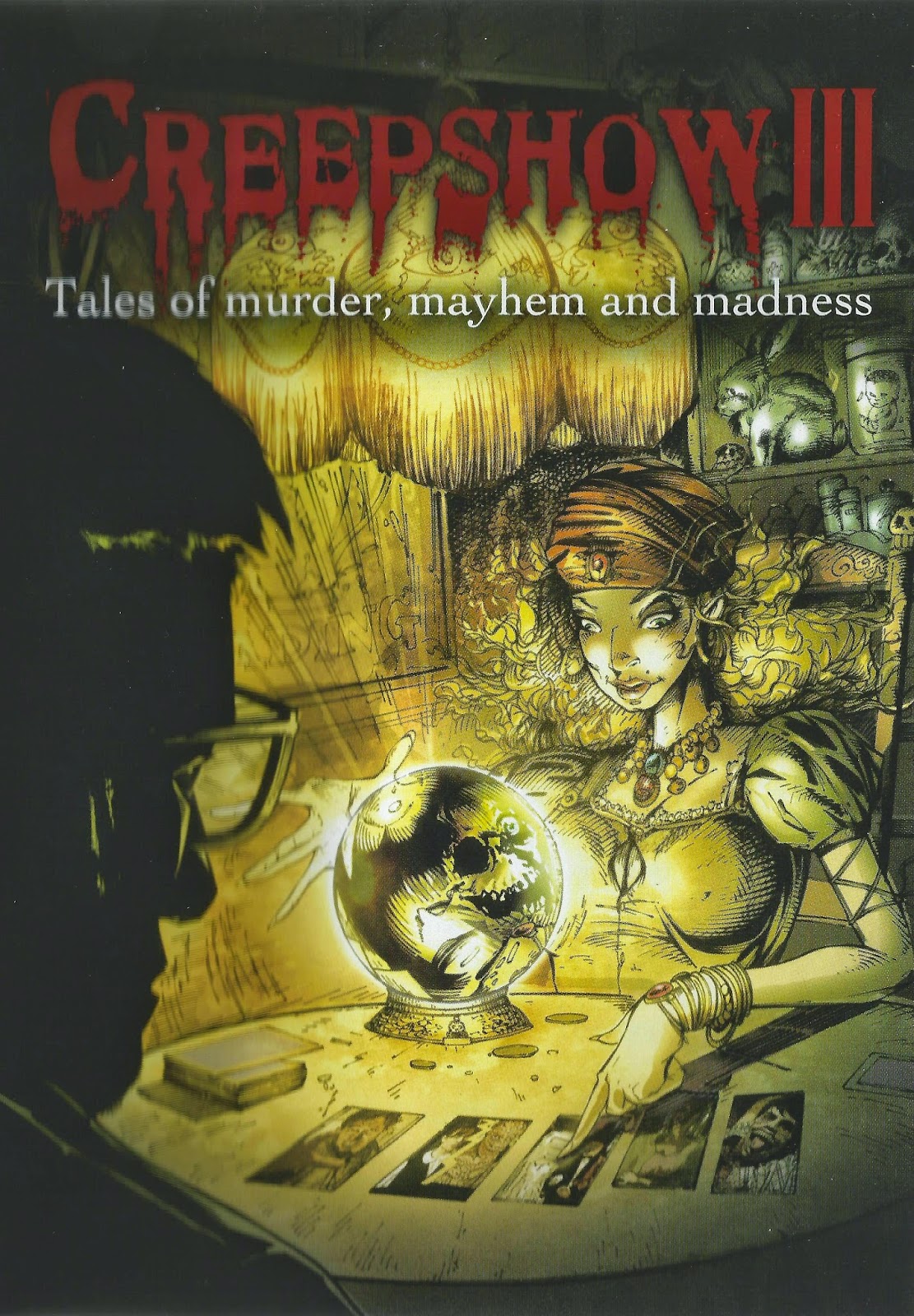 Here's what I wrote last time: "This is a genuinely awful, inept film in every way, and I'm angry with myself for not placing it last on the list.  However, I am going to give it a very slight edge over The Mangler Reborn -- which is similarly awful and inept -- because of the two fauxquels, Creepshow 3 does actually manage to at least somewhat follow the concept of the series to which is ostensibly belongs.  By which I mean that this is at least an anthology of horror stories that could be said to be in the EC mold of morality tales.

That is the only good thing I have to say about the film, but it's juuuuuuust enough of an advantage to keep it out of last place."

I decided this time that even that mild edge isn't enough to keep the dreck that is Creepshow III out of the bottom spot.