A commenter suggested this idea a while back, and it seemed like something that would make for a good Halloween post.  So here's your treat; it's moderately better than pennies or travel-sized toothpaste.  And it's even a few days early!
A few ground-rules: first of all, I'm only counting theatrically-released movies.  Television productions might well have promotional posters and artwork that is worth considering, but -- unless there is a persuasive reason to do so (for example, in the event of an international theatrical release) -- generally-speaking, they won't be considered here.
Second, my selection process on each movie's poster(s) needs to be talked about.  What I'm striving for is to only rank the posters that were released at the time of the film's initial release.  If there were more than one of those, and if it strikes my fancy to do so, I might end up ranking multiple posters from a single film.  (I did in one case, and didn't in another; we'll talk more about those choices when we get to them.)

What I will not be ranking is re-release posters, fan-made posters, or home-video marketing poster.  Unless I do so accidentally, which is always possible.  I will strive to use American-release posters, because I am an American and that's just how I roll; but if a foreign-release poster strikes my fancy, it might find its way into the mix.
Finally, let's be clear about something: I am not an expert when it comes to this sort of stuff, which means that I will be finding only what I can find by Googling and Wikipedia-ing and IMDb-ing it.  I make no pretensions toward this being a complete list of King-movie posters, so if and when I forget something major, don't hold it against me.
Sound good?  Okay!  Let's get to gettin'... 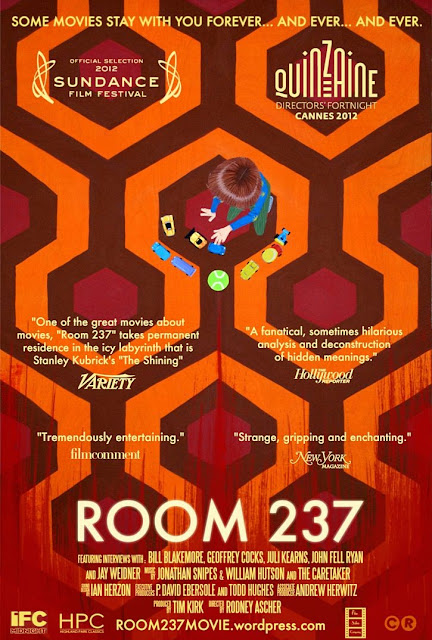 I've relegated this one to honorable-mention status for two reasons:

#1, since it draws its visual and design elements from another movie, I didn't feel like it was entirely right to count it here.

#2, I'm not positive this is an actual release poster and not a fan-designed poster.  I think it's legit, but to be honest, there are a lot of different designs, and I'm not sure which ones count and which ones don't.  It seemed easiest to just fling it into an Honorable Mention spot and call it a day.

Email ThisBlogThis!Share to TwitterShare to FacebookShare to Pinterest
Labels: A Good Marriage, Carrie, Children of the Corn, Christine, Creepshow, Cujo, Pet Sematary, Sleepwalkers, Stand By Me, Tales from the Darkside, The Dead Zone, The Running Man, The Shining, Worst to Best

I can't recall exactly when it was that I first encountered H.P. Lovecraft.  Deduction tells me that I almost certainly heard of him first by way of Stephen King, and it may have been in a piece of nonfiction.  Possibly Danse Macabre, or some introduction; I also have a dim memory of one of his characters (Ben Mears?) mentioning Lovecraft as though his were a name anyone ought to know.

It is a near-certainty that I read several of King's most Lovecraftian short stories prior to reading a single word by Lovecraft himself: "Graveyard Shift," "Jerusalem's Lot," "Crouch End," The Mist, and so forth.  Did I sense that they were homages?  Probably not, although I do distinctly recall understanding that "Jerusalem's Lot" was consciously written in a different style; I don't think I consciously understood it, though, if you can dig that.  I intuited it, is what I mean to say.

Eventually, I was moved to purchase a collection of Lovecraft's stories; specifically, Del Rey's The Best of H.P. Lovecraft: Bloodcurdling Tales of Horror and the Macabre.  Whether this was expressly because of the mention(s) in King's work is an issue that is lost to me; I assume it probably was, based on nothing more than the time period at which I bought the book (early nineties).  But it may have been just as likely that I saw the cover and bought it because I thought it was cool.  And I was right; it was very cool.  I didn't read it for years, though; the early 2000s, to be specific.  But I'm not going to talk about that any further just now; that'll come during part two.  And yes, I'll show you the cover then.

For now, let's fast-forward somewhat.  A few years ago, circa March of 2012, I became a big fan of writer Alan Moore.  I'd known about him for years, and had read a number of his more prominent works (Watchmen, From Hell, V For Vendetta).  I'd long harbored a desire to read him a bit more fully, and one day I was in my local comics shop looking around when a new work by him caught my eye: it was called Neonomicon, and it was obviously something to do with Lovecraft.

I'd reread The Best of H.P. Lovecraft earlier that year for the third or fourth time, and had enjoyed it immensely; it had not gotten out of my head fully as yet.  And since Alan Moore was already there in a semi-permanent way, there was no going back from seeing this paperback: I bought it, I read it, I was pleasantly horrified by it, and I soon thereafter began buying everything by Moore that I could get my hands on.  I also began reading quite a lot that I found via other means; you're a grown-up with the Internet, so you probably know about that.  I bought quite a lot, though, and have been expanding that collection ever since.  Why, just today, I got this in the mail; I was astonished to recently find that it had never sold out, so I got 'em one step closer.

Longtime readers of this blog know that I'm big-time into Moore's work.  For a while, I was writing a regular comic-book-reviews column, and I briefly talked about Neonomicon during the very first one of those posts.  As I recall, it was that book that made we want to write the column in the first place.

Cut to 2015.  I'm not working on my blog as often as I'd like to, for a multitude of reasons.  Because of that, the comics column -- Bryant Has Issues, it was "winningly" named -- has fallen into a coma so deep that John Smith would feel sorry for it. It's been over a year since the last issue, and since then, a new monthly Alan Moore mini-series has begun appearing.  It's called Providence, and it is a twelve-issue sojourn into the world of H.P. Lovecraft.  There has been stuff in it so good that it has actively angered me not to be writing Bryant Has Issues any longer.

When news of the series was announced, I felt as though the time had come for me to explore Lovecraft's work a bit more fully.  I suspected it would enhance my enjoyment of Providence considerably; and thus far, I've been entirely correct about that.  So as to aid that in happening, I bought this: 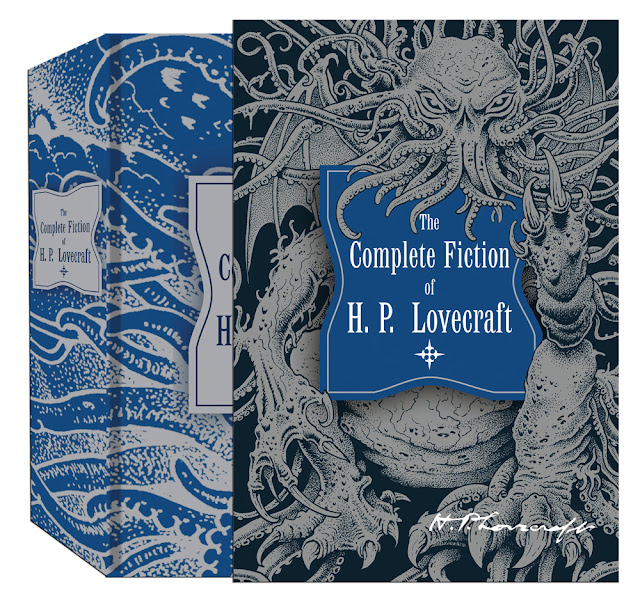 That, friends, is an 1100-page book from Knickerbocker Classics.  List price is a mere $35, and you can almost certainly find a new copy for considerably less.  I did; I bought it last year, and began reading it.  Initially, I made only very slow progress; maybe a story per week, despite the early stories in the book being mostly very short indeed.