A Review of "Crush" (edited by Cathy Alter and Dave Singleton)

A quick review of a book I just finished reading: 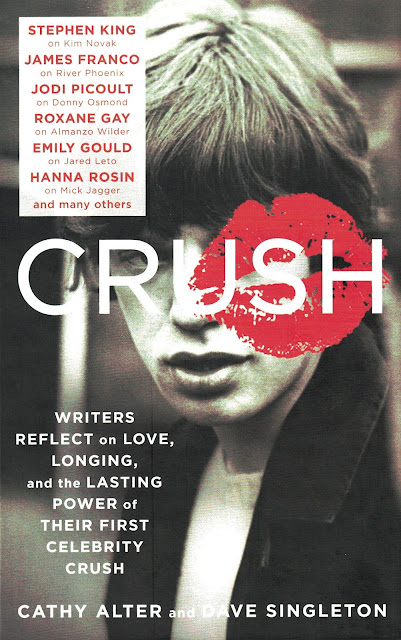 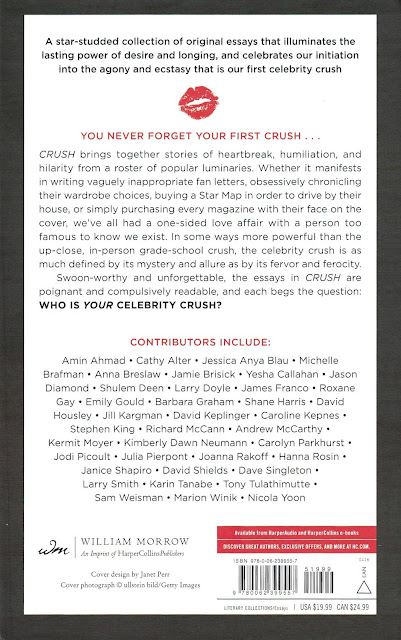 I'm sure you've figured out by looking at the front cover that I bought Crush because Stephen King contributed an essay to it.
Imagine my disappointment when I discovered that King's contribution consisted of a mere three paragraphs.  Nevertheless, I recently dusted it off my shelf and sat down to read the meager half-page, and once I'd finished I remembered a vow I made once upon a time: when I buy these anthologies in which King's work appears, I'd resolved to read the whole book and not merely the story or essay by the person(s) whose name(s) induced me to spend a few bucks.  I recently broke that vow when I read and reviewed the short stories of Cooper O'Connor, and felt a little bad about it.
This, then, was my chance to get back in the saddle a bit.
I'm glad I did, because Crush turned out to be a highly enjoyable book.
Read more »
by Bryant Burnette at 1:14 AM 5 comments:

There are a lot of books about Stephen King's work; I don't have an exact list, but at one point in time there were more books by far about King than by King.  That's an impressive fact, but it's worth asking how many of those books measure up.  How many of them are truly worthwhile in terms of what they add to the study of King's work?
Your mileage may vary, but my list of worthy King scholars would include Douglas E. Winter, Kevin Quigley, Bev Vincent, Rocky Wood, Tony Magistrale, and George Beahm, to name a few.
Here's a new name to add to that list: Cooper O'Connor.  If you've never heard of him, don't worry; you probably will.  O'Connor -- under the moniker "Constant Reader" -- is the host of the podcast Stephen King Cast (or, as it's known on Facebook, Stephen Kingcast).  Constant Reader began the podcast in August of 2014 with a simple goal: a chronological exploration of the books of Stephen King.  In early 2016, he completed that monumental task.
And what I'll say about that is this: I'm barely finding time to reread one King book a year.  This guy not only reread them all in about a year and a half, he produced well over a hundred podcasts analyzing them.  That's an achievement, and would be even if the resultant episodes sucked.
They don't suck.  They are very, very good; not merely as analysis of King's work, but also as aural entertainment.  I'm humbled by what O'Connor achieved, and by my reckoning, he has leaped into the upper echelons of King scholars.  He's also a published fiction writer in his own regard.  We're going to talk about that in more detail toward the end of this post, but first, let's talk about the podcast. 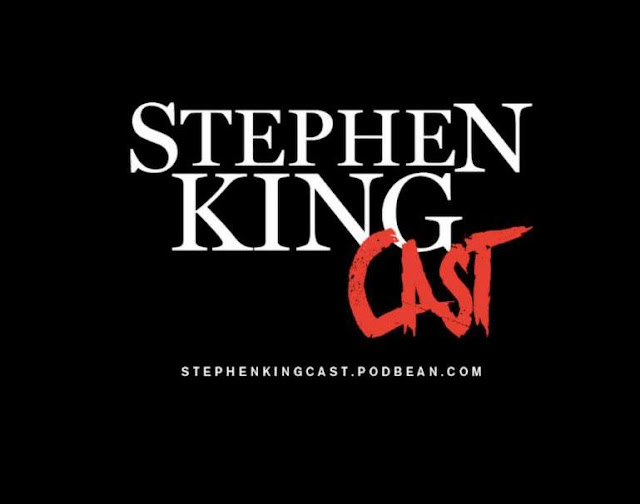 Email ThisBlogThis!Share to TwitterShare to FacebookShare to Pinterest
Labels: Burt Bacharach, Children of the Corn, Cooper O'Connor, Double Feature, Night Gallery, Psycho, Rod Serling, Stephen King Cast, The Twilight Zone, You Know They Got a Hell of a Band

Children Had Been Different In Her Day: A Review of "Suffer the Little Children"

Published in the February 1972 issue of Cavalier, "Suffer the Little Children" was the third story the magazine had bought from him.  1972 marked something of a leap forward for King professionally: including this one, he'd have four stories published, all in Cavalier.  He had the same number published the following year, and his first published novel came out in 1974.  This means that 1971 was the final year for quite some time in which King did not have a significant amount of work published professionally.
In other words, 1972 is kind of where it all really began.
"Suffer the Little Children" did not make the cut when King collected his first book of stories (Night Shift), nor when he collected his second (Skeleton Crew).  This means that most of his fans did not have an opportunity to read it for over twenty years: with the story's inclusion in 1993's Nightmares & Dreamscapes.
You might logically conclude that the story's omission from the first two collections indicates that King feels a bit unenthusiastic about it.  This turns out not to be the case, however.  Let's see what King had to say about the story in the "Notes" section of Nightmares & Dreamscapes: