Think of the Money I Save: A Review of "Pinfall"

Arrow Video recently released a 3000-unit limited-edition Blu-ray of Creepshow 2, and given that it had a handful of new bonus features on it, I -- being the sucker I am for maintaining a complete-films-of-King library at all times, and in the best possible editions -- was inclined to buy a copy. 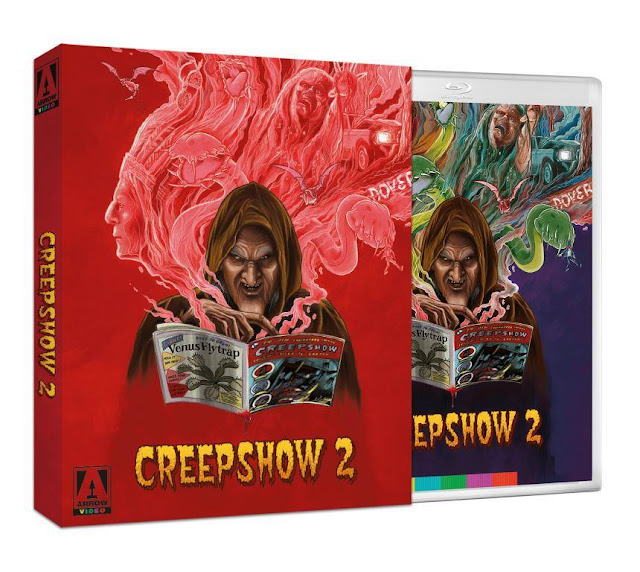 What clinched the deal for me, however, was the news that the limited edition would contain a comic-book adaptation of "Pinfall."

All the Way Around Robin Hood's Barn: "Revival" Revisited, Part 4

I'll be brief(ish): we are here today to get through this thing called Life.  Electric word, Life, it means... the remainder of the notes I took during my recent reread of Revival.  When I write these posts, I generally make an effort to focus them on a single theme or element, which means that there are routinely potential lines of investigation that fall through the cracks.  There still will be after this post, too, but I'll feel better about it, and that's what I'm shooting for with this one. 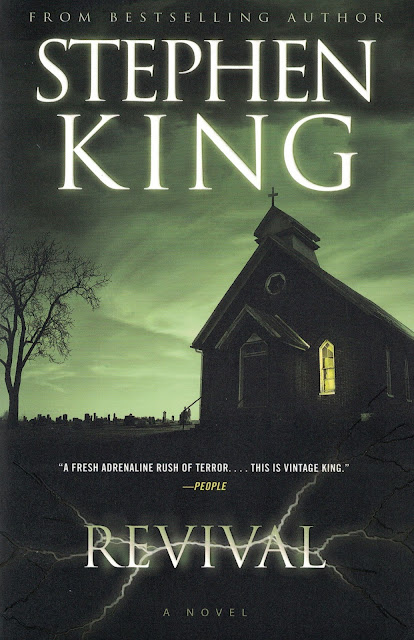 What I'm going to do is just proceed through my notes, and when I get to something that sparks my fancy, we'll talk about it.  So we'll go more or less in chronological order, although I am likely to bounce around a bit as needed.  I'm often inclined to use bulletpoints to structure such an unwieldy beast, but I think I'll break each topic apart with a line of asterisks instead.
Like so:
*****
In Chapter I, Jacobs says to Jamie, "People have many ways to be lousy to one another, as you'll find out when you're older, but I think that all bad behavior stems from plain old selfishness."
Read more »
by Bryant Burnette at 1:02 AM 15 comments:

All That Shit Starts With E: "Revival" Revisited, Part 3

Today, we'll conclude* our reappraisal of Revival.  There is plenty left to be said about the novel; I'm unlikely to even scratch the surface, but there are certainly a few things which stood out to me that I'd like to at least mention.
First up on the agenda: the theme of music that runs throughout much of the novel, which we are going to use as a Trojan horse to get us to an entirely different conversation.
Those who bought Revival as a hardback were greeted by an unexpected sight: 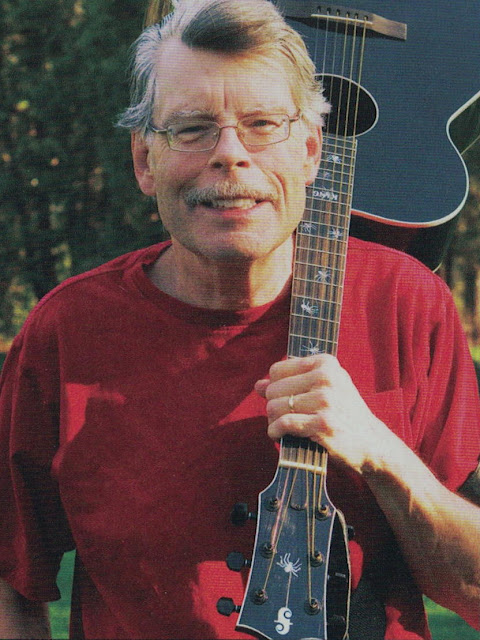 And once they recovered from the shock of seeing King with a mustache, they probably noticed that he was holding a guitar.  (For the record: I like the 'stache.  I think it looks pretty fuckin' cool on him.  Not as cool as that Danse Macabre beard from back in the day, but shit, man, nothing looks as cool as that thing.)  They might even have noticed that the neck of the guitar has little drawings of spiders all over it, which is kind of rad.
King's history with the guitar goes back farther than this hardback author photo, of course.  It can be dated to at least 1992, when King became one of the original members of the Rock Bottom Remainders, a covers band (formed by Kathi Kamen Goldmark) whose members were all authors.  King played guitar and provided some vocals.  There have been two books of essays written by its members: 1994's Mid-Life Confidential and the 2013 interactive ebook Hard Listening.  King provided outstanding essays for both, but of particular interest to us is "Just a Little Talent," from Hard Listening.