About This "Castle Rock" Series...

Alternate titles for this blog post included "Can We All Just Chill the Fuck Out?" and "Settle the Fuck Down," but I correctly thought those might too condescending.  So I settled for something bland and inoffensive.  Good job, me!
I’m not one to judge a book by its cover.  However, I have no problem judging the cover by its art (ahem), nor do I balk at judging the message the cover seems to be trying to convey.  After all, whereas it might be true that a cover cannot ruin the book it is covering, it’s at least as true to say that a cover can on occasion do that book no favors.

With that in mind, let’s talk about Castle Rock, the super-secret anthology series for Hulu that is being developed by Bad Robot and Warner Bros. 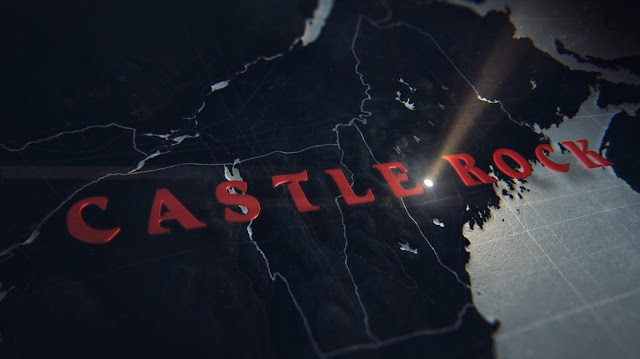 I had not planned to talk about it here, but my “Stephen King” Google Alert is pinging about once an hour with news of this series, and the sense I get from folks who care about such things is that a general sense of large-scale excitement is afoot.

An Interview with Jason Mayoh

Recently, I wrote a review of "Pinfall," the comic-book adaptation of the never-filmed Stephen King / George Romero story that was intended to be a segment of Creepshow 2.  I enjoyed the comic quite a bit, and reached out to artist Jason Mayoh to see if he'd be interested in answering a few questions about the comic.

Bryant:  This is probably a dumb question, but are you a fan of the Creepshow movies?

Jason:  In my opinion, two of the greatest horror anthologies ever made.

Bryant:  Tell me a bit about your history with those films.

Jason:  As a kid I remember staying at my older cousin's house and we rented both of them and watched them over the weekend.  I just loved the comic-book vibe to them.
Bryant:  How did your involvement with the Creepshow 2 Blu-ray from Arrow Video come about?
Jason:  Kind of a long story, but here goes...
I met George Romero as a fan at a convention [in 2005] when Land of the Dead came out.  At the time I had illustrated and created a five-page zombie pop-up book and showed it to him.

He loved it and I was immediately put in touch with his manager, who informed me George wanted to write the story for it.  We went back and forth with different publishing houses, ultimately to no avail, as no publisher wanted to take a chance on what they perceived at the time to be a niche market.  At the time I was told pop-up books are a huge investment.  (Ironically I also showed Greg Nicotero back in the day, and now there is a Walking Dead pop-up book; go figure.)
Anyway, I was truly inspired by George's enthusiasm and continued to attend conventions he was a guest at.  I have the ultimate respect for George's career for the fact that during the majority of his career he operated on his own terms, for better or for worse, outside of the Hollywood system.  Perhaps because of that, George has had numerous undeveloped projects, including a film adaptation of The Stand by Stephen King.  Since the pop-up book I had always wanted to illustrate one of his unfulfilled stories.  Once I learned that there was an unfilmed segment from Creepshow 2 called "Pinfall," I couldn't resist!