We have reached the year

What shall we find upon arriving here? 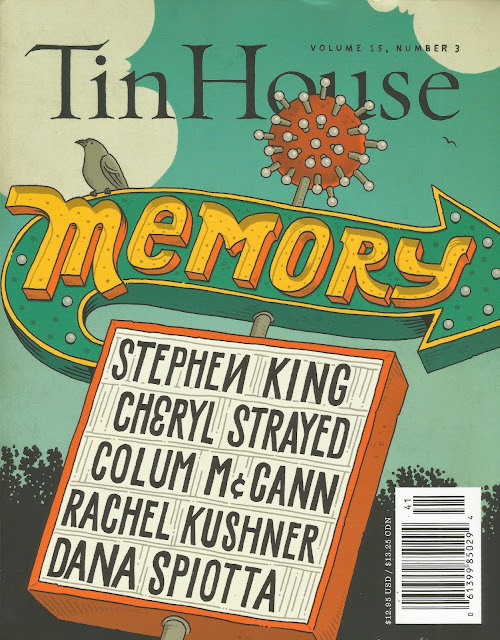 What we find is "The Ring," a very brief essay in which King tells us about a lost wedding ring.
Very brief; very, very good.  I would love it if he included it in one of his collections someday.
Read more »
by Bryant Burnette at 3:30 AM 32 comments:

Let's see what's shaking as the sun dawns on the year 2010.  Big things happening on Europa, from what I understand.
But hey, this ain't no Arthur C. Clarke blog, is it?!?  Nosir!  So let's get back on the road through the Kingdom.

We begin with a major new essay: 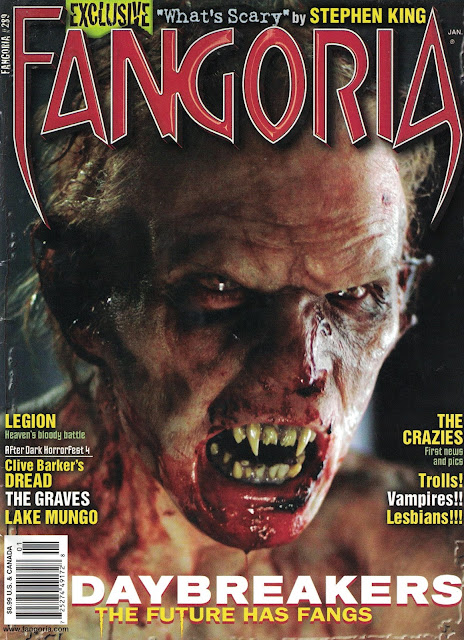 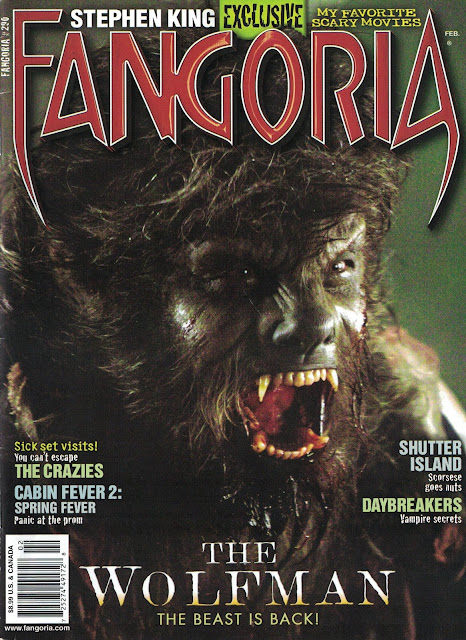 It is not clear to me whether "What's Scary" was originally earmarked for Fangoria and then later got commissioned to serve as the introduction to a new edition of Danse Macabre, or if it happened in reverse.
A third option exists: that King simply sits around sometimes writing essays and then figures out what to do with them later.  If so, that opens up the possibility that there could be who-knows-how-many unpublished essays lying around King's office, gathering dust.  Imagine!
Whatever its provenance, "What's Scary" is something of a sequel in miniature form to Danse Macabre, and certainly works well there.  Personally, I'd have made it an afterword rather than an introduction, but that's just me.
Read more »
by Bryant Burnette at 2:45 AM 33 comments:

We resume our tour on a note of uncertainty: for the past few years, King has been issuing not-entirely-persuasive hints that retirement -- from publishing, if not from writing itself -- was nigh.
Would that pan out? 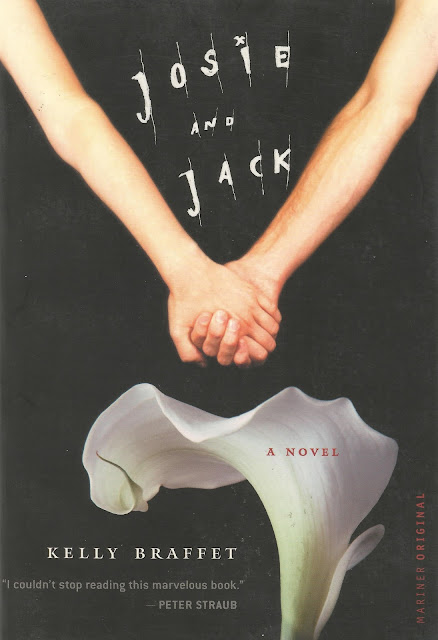 Spoiler alert: just as this tour has included books by Tabitha King, it is going to include books by the second generation of Kings.  Yep, that's right, the Kings Junior -- the boys, at least (Naomi did not become a professional writer) -- followed in their parents' footsteps and began putting out fiction of their own.  So look for books by both Joe and Owen coming up in this leg of our tour.
So, you ask, who is Kelly Braffet?
Read more »
by Bryant Burnette at 3:32 AM 50 comments:

I've Febrezed the seats on our bus, which smell curiously like Cheez-It farts.  I'm not pointing any fingers, y'all, I'm just saying.
We have arrived in

We left off with made-for-television King (NBC's Carrie remake), and as we resume, we're still staring at the proverbial boob tube, this time looking at 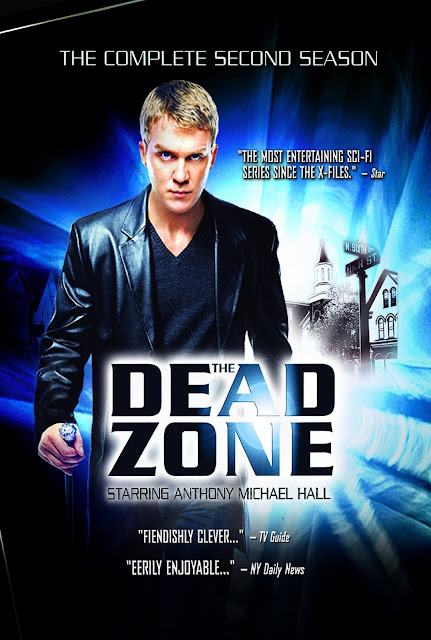 As I mentioned when discussing the first season of The Dead Zone, it is my stated belief that the second season took a dip in quality.  The first had been quite good, introducing an ongoing set of plotlines that could be put on pause for large stretches of time in favor of having Johnny solve a problem in episodic fashion most weeks.  For example, one week he served on a jury and used his psychic powers to try to help persuade people to do the right thing. In another, he becomes trapped in a cave and communicates via his visions with a centuries-dead Native American shaman.
Your mileage may vary in terms of how much you enjoy the episodes, but my contention is that by the time the second season was over, the strain had begun to show when it came to finding usable concepts to showcase Johnny's powers.  In other words, The Dead Zone turned into an average television series.

The second season episodes were:

There were also seven additional episodes which began airing three months later.  If I remember correctly, these episodes were commissioned by the network due to the strong ratings the series was bringing in; they wanted to use the series to drive viewership during the summer months.  I'm going to separate these last episodes out from the rest, because an argument could be made that they almost represent a different season altogether.  Here's a list of those episodes:

Email ThisBlogThis!Share to TwitterShare to FacebookShare to Pinterest
Labels: Building Bridges, Faithful, Kingdom Hospital, Salem's Lot, The Dark Tower, The Gunslinger, The Pop of King, Wolves of the Calla

"The Trek Tower, Part 1" or: A plot summary for some really bad fan-fiction

Strange ideas pop into my head sometimes.  I'm not alone in that, of course.  But recently, when a series of Star Trek-themed Stephen King crossovers began popping into my head, I found myself wondering if I could possibly be more THAT GUY than I already am.
The answer is: oh, sure, you bet I could.
I could write the shit down.
I don't have the energy or time to actually do that, but I could always vomit up a bunch of ones and zeros that take the shape of bulletpoints toward a plot summary for what such an inane "story" might be like.
Let's have a looksee at the outcome:

As you might know if you've followed my blog for a while, I'm a film-music enthusiast.  Not at the level I once was; it's an expensive habit, and there's simply too much material out there for me to find the time.  So I mostly don't buy soundtracks anymore.
I do make occasional exceptions, of course.  If John Williams -- profiled extensively here (and for no reason other than me feeling like doing it) in 1, 2, 3, 4, 5 parts almost two years ago -- put out something new, I'm on that like stink on rotten grapes.  And by "new" I mean reissues of old stuff, too.  Same goes for James Bond music, and sometimes Star Trek music.
And, naturally, Stephen King music.
So when the record label Varese Sarabande announced that they were issuing an eight-disc Stephen King Soundtrack Collection, I knew I'd better set some money aside.  As it turned out, that only amounted to $90, which isn't bad for eight discs; not bad at all. 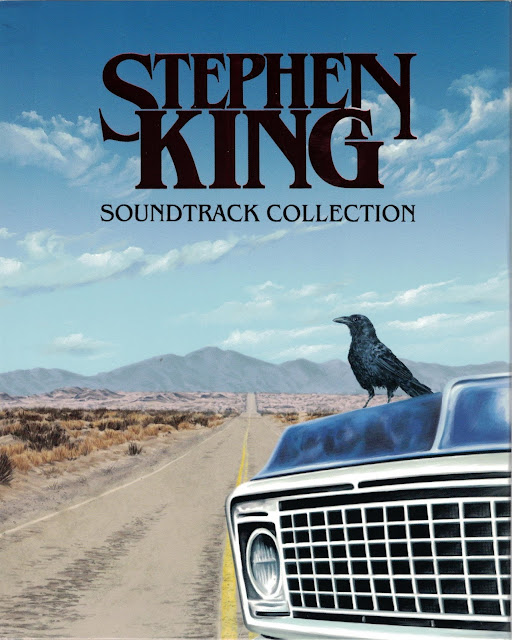 Me being who I am, I was likely to buy this no matter what was inside it.  Even if it had been a set collecting mere reissues of existing soundtracks with no unreleased music, I'd have considered it.  But as it turned out, it was mostly stuff that I didn't have.