A Review of Peter Straub's "Koko"

Koko, released in 1988, was Peter Straub's first solo novel since 1984's collaboration with Stephen King, The Talisman.  Straub had been a bestselling author in his own right before The Talisman, but the team-up with King brought with it a new level of public interest (and scrutiny).  We'll return to that idea in a bit, but first, it might be helpful to briefly recap Straub's career up to this point:
1973:  His first novel, Marriages, is released.  A would-be mainstream literary novel (i.e., not supernatural or fantastical or horror-based in any way), it failed to get much attention from anyone.  Noteworthy for structural and stylistic experimenting that is cleverer than it is effective, it reads like the work of a writer determined to impress college English departments the world 'round.
1974:  His second novel, Under Venus, was finished in 1974 but would not be released until 1984.  This was not for lack of trying on Straub's part; it's just that nobody would publish it.  Like Marriages, it is mainstream literary fiction; unlike Marriages, its author appears to have had at least a vague interest in story and character.  Not a great novel, but a step up.
1975:  Straub turns to the ghost story with Julia, his first supernatural novel.  This seems to do the trick for him, and from this point forward he seems to be a novelist with purpose.
1977:  If You Could See Me Now, another horror novel, is released.  If Julia was a promising novel, If You Could See Me Now is that promise nearly fulfilled.  The next novel IS that fulfillment.
1979:  Ghost Story becomes Straub's first bestseller.  A thick, challenging read; it is every bit as experimental as Marriages, but in a successful manner.
1980:  A fantasy novel about magicians, Shadowland wins Straub his first World Fantasy Award.  This is not the first time his fiction has explored the idea that the line between reality and fantasy -- or between truth and falsehood -- is exceptionally thin, but it reads almost like a culmination of those ideas.
1983:  Floating Dragon is released.  In many ways, this feels like Straub's master's thesis on the subject of horror literature (in much the same way Stephen King's It would be a few years later).  If I'm not mistaken (and I might be, since I haven't read most of the remaining books in his bibliography), he would not return to the genre in this manner for quite some time to come, if at all.
1984:  The Talisman is released and spends twelve weeks as the New York Times #1 bestselling hardback.  This collaboration between two of the world's best-known horror novelists is something of a curiosity in that it's ... not really a horror novel.  Sure, it has horrific elements; but really, it's a fantasy novel in the Tolkienesque vein.
That brings us to: 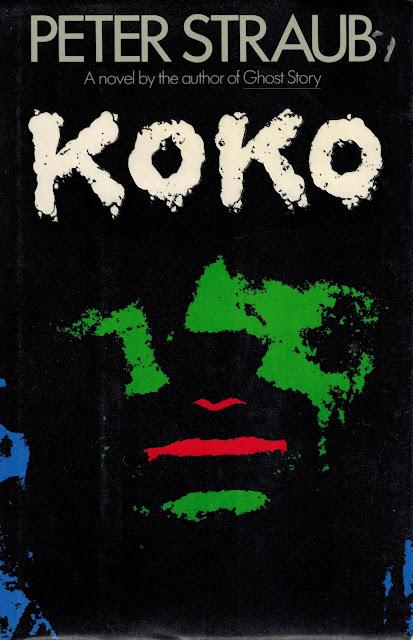 In a 1993 interview for Horror Magazine, Straub said that Floating Dragon had represented him going as far as he could go with "supernatural special effects."  He said, "It would have killed me to try to top it or done anything again in which I used the conventional mechanics of the supernatural. The very idea of it caused real despair."  He had, of course, immediately returned to the supernatural -- or, at least, the fantastical -- with The Talisman, but it's possible he did not think of this collaboration in precisely the same way he thought of his own work.
Let's let Straub expert Bill Sheehan explain what happened next.  Here's what he had to say about it in his book-length inquiry into Straub's fiction, At the Foot of the Story Tree (which no Straub fan should be without):

In the aftermath of this complex act of collaboration, Straub's pen fell temporarily silent.  Having produced four large, increasingly ambitious works of the fantastic in just under six years, he found himself suffering from creative exhaustion, compounded by the belief that his capacity to produce this sort of fiction had finally played itself out.  Yielding to necessity, he retreated into a year-long period of silence, reflection, and renewal.  At the end of this period, he began the slow, painstaking process of redirecting his fiction into new vital areas.

Those "vital new areas" eventually took the form of Koko.  A long novel about Vietnam veterans, it's a different thing in many ways than Straub's previous novels had been.  It's got as many similarities as it does differences, though, and anyone who has read those foregoing works would be likely to recognize the same authorial voice at work.
The story opens in 1982, in Washington, at the dedication of the Vietnam Veterans Memorial Wall.  A former soldier, Michael Poole, is in town to meet a trio of members of his platoon.  As it turns out, they are not there merely for the dedication of the Wall; they have also been assembled because their lieutenant has become aware of serial killings that he suspects have been carried out by one of their fellow soldiers, Tim Underhill, who was last known to be living in Bangkok.  The lieutenant wants the four of them to go overseas, find Underhill, and do what they can to both stop him and get him the help he clearly needs.  They (mostly) do, they do, they don't, and they really don't; that's pretty much the story.  As is often the case with Straub, though, the story is only the top layer of the cake; there's plenty more going on in Koko, and almost all of it is more interesting than the story itself.

A Review of Tabitha King's "The Trap" 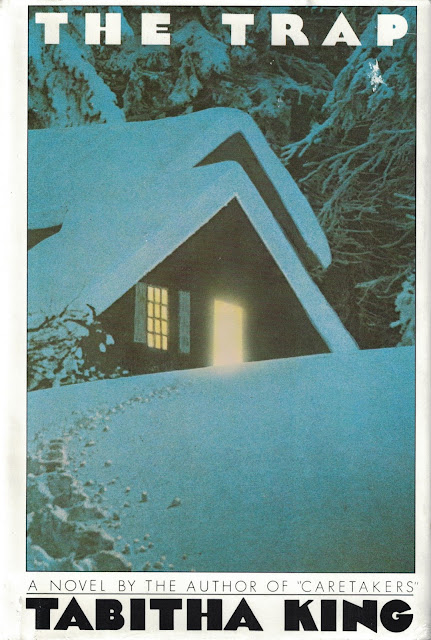 The Trap was published in 1985, and was King's third novel.  Her first, Small World, was a science-fiction novel; her second, Caretakers, was a generations-spanning drama set in the small fictional Maine town of Nodd's Ridge.  (Nodd's Ridge will be the setting for most of King's novels, including The Trap.)
I'm not a huge fan of Small World, which has some interesting situations and characters but feels a bit like a chocolate and tilapia sandwich in that the whole is considerably less than the sum of the parts.  It feels to me like King was trying too hard in her debut, but it also feels as if she figured out whatever she needed to figure out by the time Caretakers rolled around.  Her second novel is a much more assured piece of work in every way.
The Trap almost feels as if it could have been an intermediate step between the two.  I won't further bury the lede: I don't think this is as good a novel as Caretakers is.  But so what?  I love Caretakers, so taking a step down from that one -- even a large one (which is this is not) -- could still put you on a plane where you're reading a good novel.  And if you're reading The Trap, you're reading a good novel.
Read more »
by Bryant Burnette at 1:53 AM 15 comments:

It's been nearly three months since Strange Weather came out, and it's really rather unforgivable that I waited that long to read it.


Finally, though, I can cross it off my list.  And, having thus crossed it, I figured I'd give you folks a brief non-spoilery review. 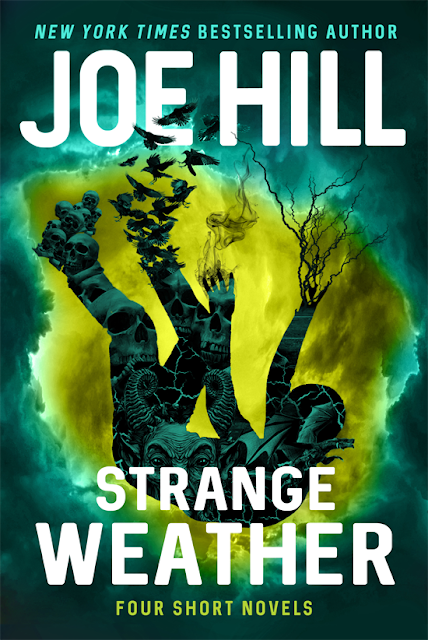 It consists of four novellas -- or "short novels," as Hill has designated them (in a clear case of six versus half-a-dozen) -- that are varied in content and tone.  They are as follows: