Once upon a time, I used to read damn near constantly.  I mean, all the damn time!  It was rare for a week to go by without me finishing a book, and not uncommon for me to finish two or three.
I have no idea how I managed to do that, apart from the fact that I didn't spend 129 hours per day on my PC, fucking about in way or another.  Whatever the case, I miss those days; for any number of reasons, really, but the reading-like-a-champ thing is one of the biggies.
Anyways, I'm hoping to make 2018 a better year for reading than 2017 was.  And my first act of 2018 reading has been to begin making a dent in my to-be-read shelf.  There are some books that have been sitting there for far too long, among them a number of books I was given as gifts.  It always makes me feel like a prick to not read a book somebody gives me.
So, a resolution has been made: get them motherfuckers read, not because I feel obliged, but because I want to AND feel obliged.  I had no initial intention of blogging about it; but then I thought hey, why not?  Some of these might be of interest to y'all, and anyways, there'll be some King (and King-adjacent) reading sprinkled in there, as well.
We begin with something that's at least more or less in the horror genre:

Memnoch the Devil by Anne Rice 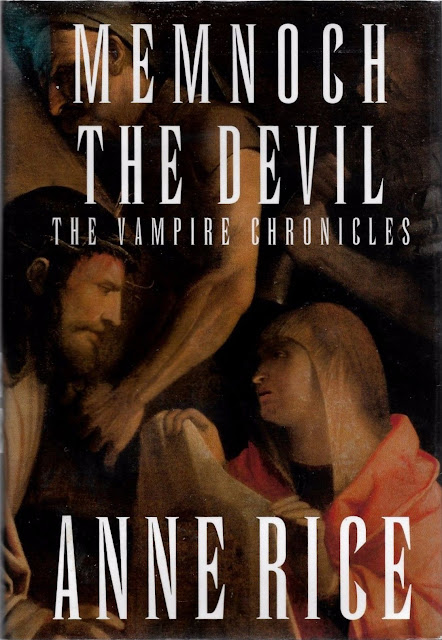 My friend Randy gave me this for my birthday all the way back in 2016, which shows what a piece of shit I am.  He also gave me Job by Robert Heinlein, which I read in a more expedient fashion (but will not cover here, great read though it was).
I'd never read anything by Anne Rice before this, and part of me found it weird to dive into a series in the middle.  This is the fifth novel in Rice's Vampire Chronicles, and left to my own devices, I'd never consider skipping the first four.  But it's not a bad idea to occasionally shake up one's preferred method of doing such things; and anyways, Randy assured me that it would read fine on its own.
He wasn't wrong.  I sense, after finishing Memnoch, that I'd probably benefit from reading the other novels, but I sense also that this is a singular novel, and that it was of benefit to read it in isolation.

A Review of Robert McCammon's "The Border" (plus two more)

Today, we will briefly look at The Border, Robert McCammon's sci-fi novel from 2015.  I had not intended to write a review of it; I'm curating a running post (or series of posts, more likely) about every book I read this year, and my intention was to simply give it a couple of paragraphs in that post.  Not because it's unworthy, mind you, but simply as a time-saving gambit.
I enjoyed the novel enough, though, that I felt like I had to get something on my blog about it sooner rather than later.
So here 'tis! 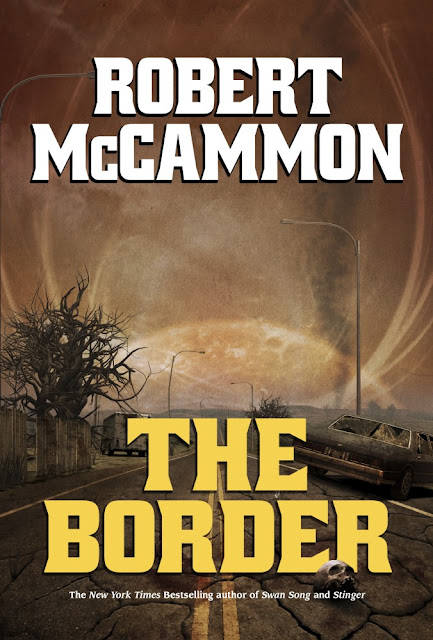 It's a crackerjack of a book that many reviewers have said is the closest McCammon has gotten to his '80s/'90s heyday since ... well, since the nineties, I guess.

Having not yet read the entirety of his output from the '00s and '10s, I can't speak to that for the time being.  But I can say without a doubt that The Border is something that any fan of McCammon's early work is apt to enjoy quite a bit.

The setup goes like this: a pair of alien races invade Earth as part of a long-running war over the border between their territory.  Earth has, in the normal course of its journey through the galaxy, become part of that border, and the aliens -- referred to by humans as the Cyphers and the Gorgons -- devastate the planet and its inhabitants in their squabble.

The novel itself begins some two years after that initial invasion took place, as a teenager with amnesia and some really gnarly bruises finds himself fleeing a battle between the warring aliens.  He finds shelter with a band of human survivors who are holed up in an apartment complex.

From there, the novel turns into something that many people might derisively refer to as YA, and if that's your conclusion I guess I can't fault you for coming to it.  I didn't feel as if McCammon was courting that audience in any way, however, and nothing about the book's marketing seems to have done so.  (By the way: good luck finding a copy of this book.  It was released by Subterranean Press, but only barely, and is out-of-print as fuck.)  It does not, for example, promise a never-ending stream of sequels.
Read more »
by Bryant Burnette at 6:28 AM 12 comments:

Mystery Walk, published in 1983, was Robert R. McCammon's fifth novel, and his first to be published in hardback. 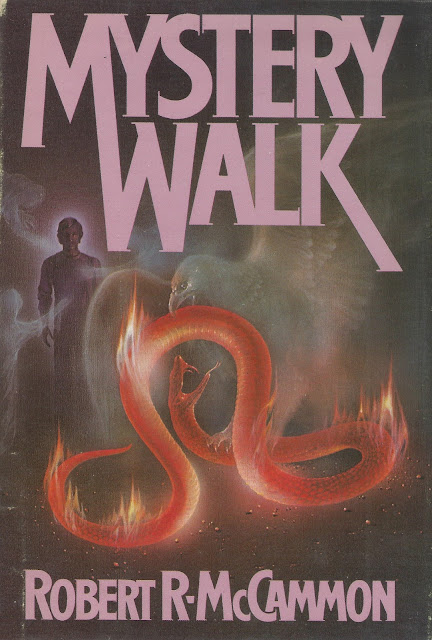 It's the story of the first 21 or so years in the life of Billy Creekmore, who has inherited his mother's ability to see ghosts and ease the troubles of the ones who have not yet managed to pass on from the earthly realm into the more peaceful places that wait beyond.  The novel opens with Billy's mother (she's very pregnant with him), progresses on to his first childhood experiences of the supernatural, and eventually turns into a coming-of-age story that involves his going out into the world to try to figure out the purpose of his "mystery walk" through life.
This was the novel that turned me into a McCammon fan.  I'd forgotten that until rereading it, but it's true; I'd thought it was Boy's Life that had turned that trick, but that was a failure of memory on my part.  No, it was this one; and not for the reasons you might think.
Read more »
by Bryant Burnette at 3:44 AM 8 comments: