A Few Words About That "Riverdale" Episode

Say, remember that Guided Tour series I did late last year?
That sucker was a lot of fun, and though I was caught up by the time it ended, that certainly didn't mean the end of the Kingdom.  I've already begun Part 16, which will span the year 2018 to the year ... well, who knows?  I'm guessing it will run through 2020 or 2021, which means you fine folks won't be seeing it anytime soon.
But I thought it made sense to post an excerpt from the work in progress, just so as to give us an excuse to talk about the episode of Riverdale that aired a couple of nights ago.  The episode in question, "A Night to Remember," involved...
...well, read this, and you'll see.
Riverdale season two episode eighteen: "Chapter 31: A Night to Remember"
(television episode) 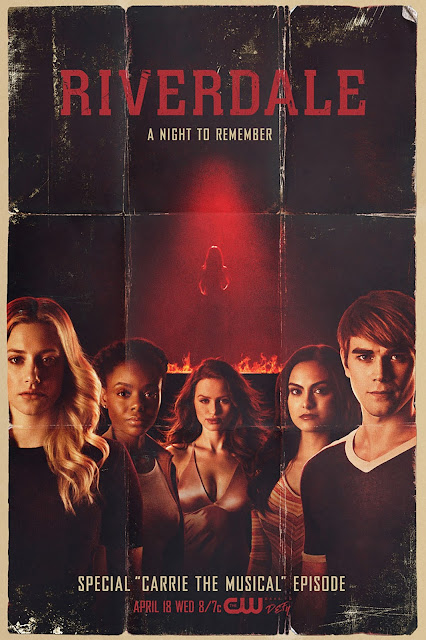