The wheel has finally turned.  It is, at long last, time for:

There aren't many movies in my lifetime that I've wanted to see more than I wanted to see this one.  And it was, of course, a complete letdown.
I've probably wanted to see nothing in my life more than I wanted to see the first of the Star Wars prequels.  I'm old enough to remember a time when there weren't going to be any more Star Wars films; then, suddenly, there were: the long-rumored prequels.  I was so excited about The Phantom Menace that I can -- to this day -- vividly recall having a nightmare about it.  This happened about a year before the movie was released; I had a nightmare in which I went to see the movie and it sucked.  I woke up and may literally have breathed a sigh of relief and said, "Oh, thank God it was only a dream!"  But that ended up not to be true, didn't it?
Luckily, I also know something of what the opposite of that feels like.  Another of my most-anticipated films ever was The Lord of the Rings: The Fellowship of the Ring.  I remember sitting with a friend watching the first trailer, and us being giddy about it and wondering aloud the kinds of things you should never wonder aloud about movies: what if it is not only good, but SO good that, like, it wins a shitload of Oscars?  What if it makes, like, $300 million?  That one turned out quite nicely.
The Dark Tower is somewhere between those two.  In truth, I was never excited about the movie.  I was excited about the idea of the movie.  Well, not "the" movie; "a" Dark Tower movie, yes, but never this particular one.  It became real evident real quick that this was going to bear very little relation to the movie playing in my head; so it never had a chance to really get me pumped up with true anticipation.
However, in the let's-make-a-movie-someday stage of things, yeah, absolutely: this is about as hyped as I can get.  I used to think things like hey, what if they made about seven or eight Dark Tower movies?  What if they were all huge hits and did SO well that people made spinoffs and did, like, a whole King Universe thing?  What if the chick who played Susannah won an Oscar for it?
You know.  Shit like that.
Clearly, that didn't happen.  In theory, I guess it still could, but I'd say the chances are nil for about fifteen more years of anyone even trying, much less succeeding.
Still, it's plain that at some point in time, at least a few Hollywood movers and shakers were thinking along similar lines, if only in a theoretical sense.  At some point in time -- let's say it was around the beginning of the decade -- the film industry developed a rabid desire for long-running franchises.  There was probably nothing in a single one of the Dark Tower novel that made studio executives excited to make a movie; but since there were SEVEN of them (nobody told them about The Wind Through the Keyhole, guaranteed), we-he-HELL! now, THAT'S something different!  THAT sounds like a franchise, fellas.  All we have to do is buy the rights, sit back, and count our bonuses as they come rolling in.  Whuzzat?  Figure out how to MAKE the movies?!?  Christ, that's just details.
If that sounds like a cynical take, let's not necessarily feel that way.  In theory, I love big franchises.  It's what our culture as a whole has decided it likes about going to the movies, and there's at least one example -- the Marvel Cinematic Universe -- of this type of thing being pulled off at an extraordinarily high level.  There have been flops, too; the world is still laughing about the Dark Universe that Universal tried to gin up with its classic-monsters properties.  Oh-ho-ho!  Oh, how we laugh about that one.
But in theory, a Dark Tower franchise could have been a resounding success.  So why not aim for it?  Why not make two decades' worth of movies and/or television shows set in (or spinning off from) that universe of storytelling?  It is a perfectly reasonable desire from a studio standpoint, and by golly if this property doesn't fit the model (albeit imperfectly in some ways).  Furthermore, what King and/or Tower fan would balk at the idea?
No sir, there's no cynicism whatsoever from me as it relates to the idea of doing that.
There's quite a bit of cynicism in me regarding how Sony and MRC went about actually trying it, though.  And rest assured, that cynicism is likely to be vented at full pressure throughout this review.  Because they bungled it.  They fumbled the ball on first down; they struck out looking; they bricked both free-throws.  I don't know cricket, but I assume "sticky wicket" might apply, too.  Feel free to apply your own sports-fail metaphors; they'll all work.
Read more »
by Bryant Burnette at 11:55 PM 23 comments:

Hear Me, Hear Me!

Just a quick little note here: I was recently invited to guest on Lou Sytsma's The Stephen King Podcast and speak on the subject of Mike Flanagan's filmography.
We talked about all of his movies a bit, with the focus being figuring out how we feel about the prospects of Flanagan's currently-filming adaptation of Doctor Sleep.
Spoiler alert: we're feeling pretty good about it.
Check it out here, if you've a mind to! 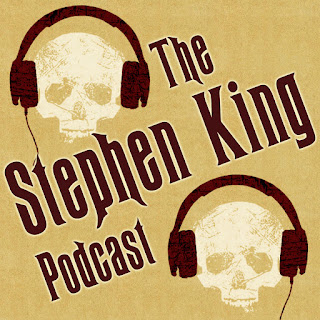 It was a lot of fun, and I thank Lou for asking me to come on and run my mouth for an hour!
by Bryant Burnette at 12:56 AM 10 comments:

I had a big ol' pile of movies that I wanted to work my way through this October, and I got a fair number of 'em crossed off the list.  But not all of them.  Since the would-be list for 2019 is already unmanageable, I don't want to overburden it further by adding 2018 holdovers (some of which are themselves 2017 holdovers).  Lest they get permanently shoved to the sidelines, I've decided to just keep right on a-watchin', and to cover it all here.
And here that coverage is.
We begin with: 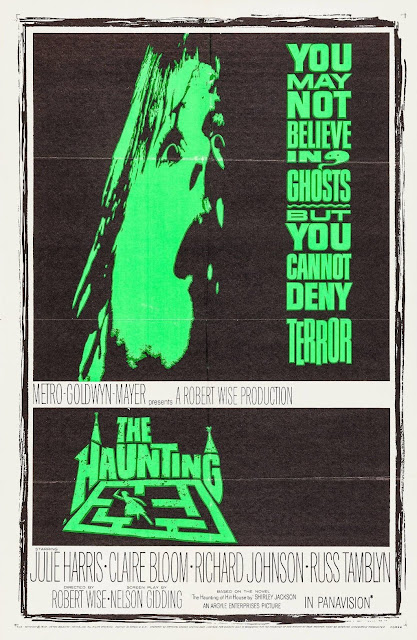 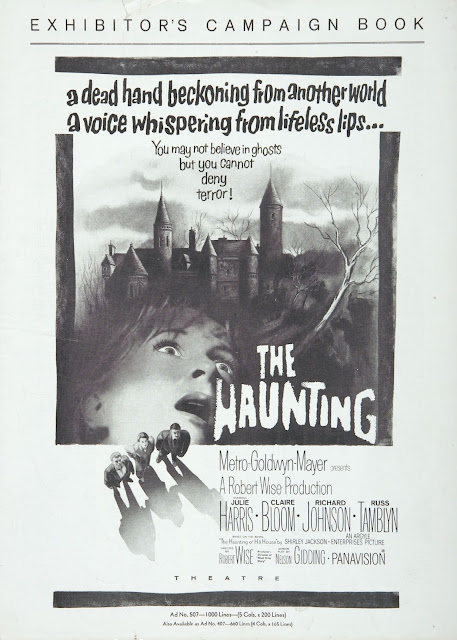 I'd seen Robert Wise's The Haunting once, years ago; it didn't do a whole heck of a lot for me, to be honest.  But I wanted to watch it again before tackling Mike Flanagan's Netflix series (stay tuned, we'll be covering that right after this), and so I did.
Unsurprisingly, I got a lot more out of it this time.  I listened to an audiobook of Shirley Jackson's novel (The Haunting of Hill House) first, narrated by the great David Warner.  The movie is a faithful enough adaptation, although a few key details definitely get changed, especially toward the end.
What makes this adaptation work, apart from the source material and the production design and the score by Humphrey Searle, is the casting.  Everyone in this is well chosen for the roles they are playing.

A Brief Review of ''Elevation''

A new Stephen King book came out on the day before Halloween, and my annual rumpus of gorging on horror movies delayed me from beginning it that day.  Plus, I'd only gotten about halfway through Flight Or Fright, and wanted to finish that one first.
And so I did, and moved on straightaway to Elevation, about which I shall tell you more momentarily. 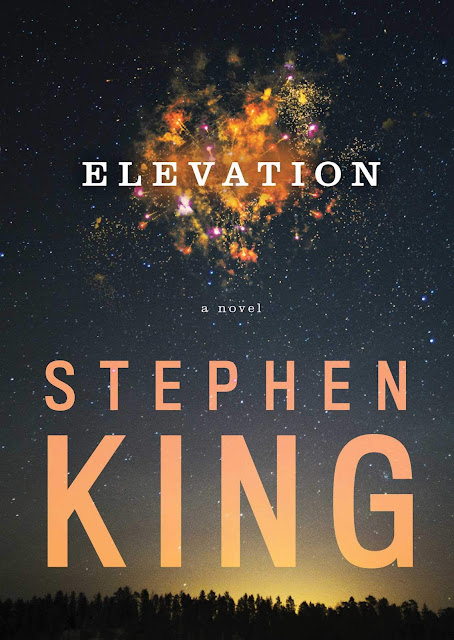 Elevation is a novel.  It says so right there on the cover, which means Stephen King says it's a novel; therefore, it's a novel.
Thing is, Elevation is demonstrably a novella.  It can easily be read in a single sitting (as I would have done if not for pausing a few minutes to go take a load of clothes out of the dryer and hang them up); this is something that simply isn't true of most novels.
A further thing is, it doesn't much matter whether you call Elevation a novel, or a novella, or a salamander, or a marmalute, or a short novel, or a taquito.  Whatever you call it, it's a sweet little tale about a guy who suddenly begins losing weight without losing mass, and finds a way to apply this newfound lightness of being to an existing problem: a mild feud with the married women next door whose dogs occasionally poop on his lawn.
It's a tale that starts well, middles excellently, and kind of peters out at some point right before the end.  It's still pretty good, though; very minor King, I think, but minor King is still worth a read for virtually anyone who has stumbled their way onto this blog.
Read more »
by Bryant Burnette at 3:59 AM 21 comments:

A Brief Review of "Flight Or Fright"

It took me long enough, but here at last: a brief review of the Cemetery Dance anthology Flight Or Fright, edited by Stephen King and Bev Vincent. 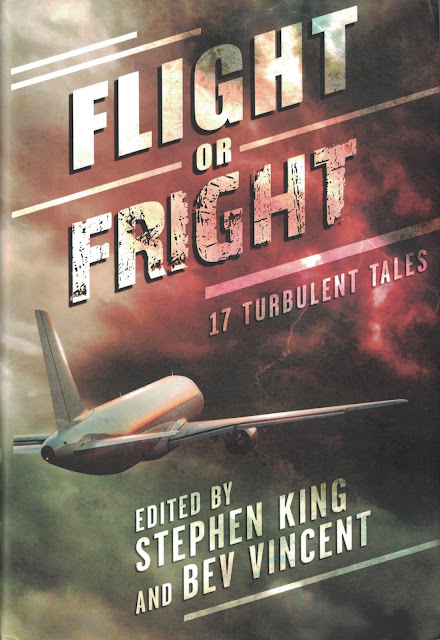 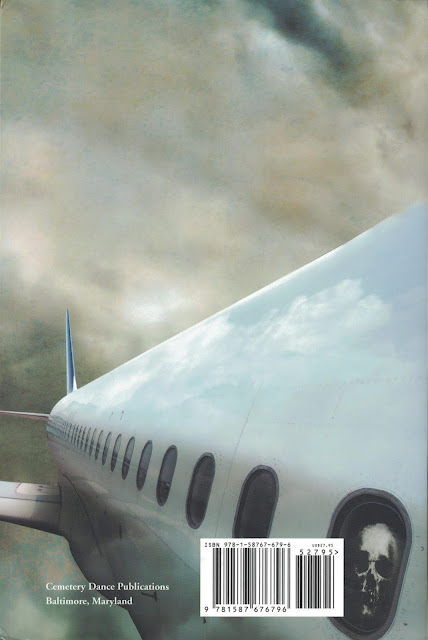 The book came out a bit more than two months ago; all I can say in explanation of why it's taken me so long is that I got sidetracked working on that whopper of a series examining the Halloween movies.  Is that a good explanation for delaying the reading of a new Stephen King book.  It is not.  Apologies, if only to myself.
Anyways, it's now been tackled, and so let's have a brief look at the contents and call it a review.
Read more »
by Bryant Burnette at 6:29 AM 15 comments:

Halloween has come and gone; this here series of posts rolls on. 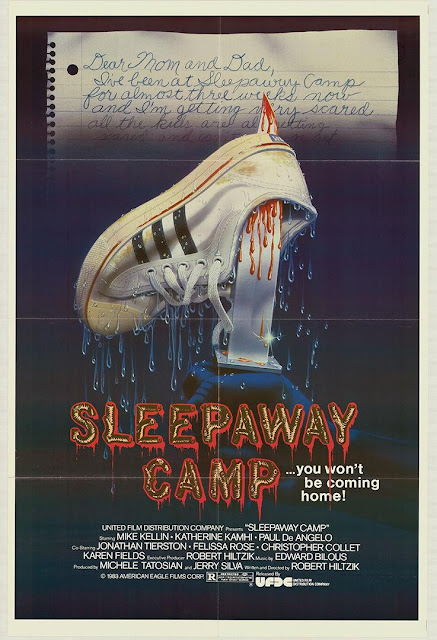 I'd seen this before -- several times -- but not in close to twenty years, so I figured it was high time for a revisit.
It's a movie that made a strong impression the first time I saw it, not entirely in a positive sense.  If you'll pardon the pun, I found it to be campy and slipshod; this was one of the first times I'd encountered that breed of horror film -- the kind that was made on the cheap by people who only barely seemed to possess a working knowledge of how to do the jobs they'd been tasked with doing -- and I didn't quite know how to process it.  I enjoyed it, though; it was something different than most anything else I'd ever seen, and stuff like that tends to make a mark on impressionable viewers.
It now becomes necessary for me to discuss the movie with the spoiler gloves taken off.  So if you don't know what happens in this movie, now's your chance to bail out.  I'll skip to the end a bit by saying that this revisit reaffirmed my belief that this is a fundamentally bad movie that nevertheless has a fundamentally strong impact.  And a lot of that is due to the plot twist, which I shall now discuss.
Read more »
by Bryant Burnette at 5:00 AM 27 comments: