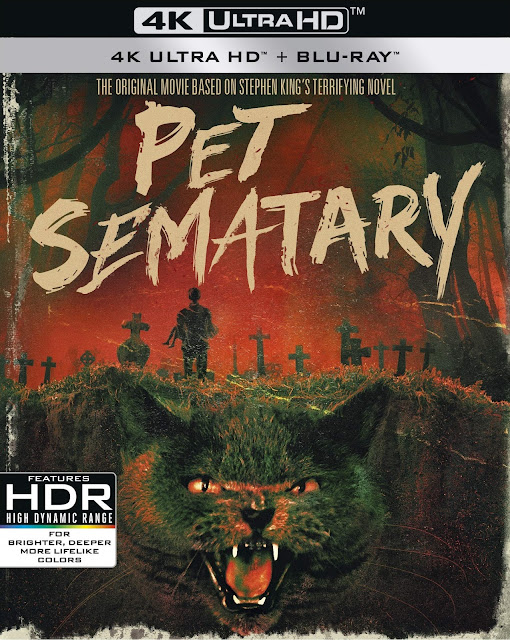 This 4K restoration of the 1989 Pet Sematary adaptation probably looks great in that HDR format.  I wouldn't know.  I don't have a 4K TV; might will one of these days, but that day has yet to arrive.

To entice King fans like me (who already have the 2012 Blu-ray) into a double-dip, there are a couple of new bonus features.  Neither are Earth-shattering, but I enjoyed both.  The first, "Fear and Remembrance," runs 7:14 and is primarily a promo piece for the upcoming remake.  The interviews are with the directors, stars, and producers of that version of the movie, and there's a lot of footage from it; but it's also very much about their memories of the 1989 film, and the way it is presented here made me want to watch the movie again.  And so I did!  (We'll come back to that.)
The second featurette is called "Revisitation."  It runs 9:38, and is an interview with director Mary Lambert about her experiences making the film.  It's thirty years later, and she's turned into an older lady (as have all ladies from 1989); but she's in the mode of one's favorite grandmother or great aunt.  I think she's pretty goddamn adorable, personally. 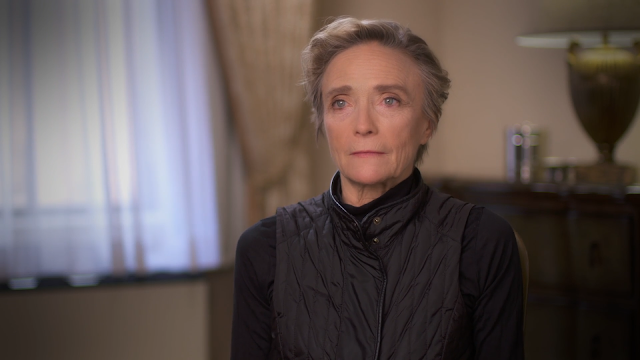 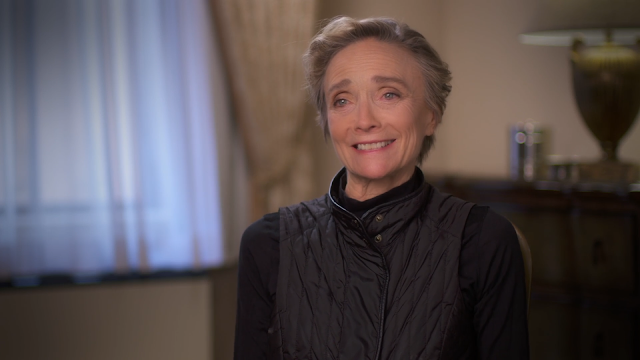 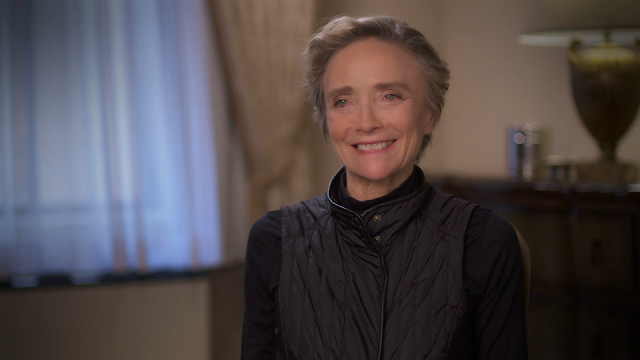 She's very engaging, as always, and she speaks a bit here about something that interested me greatly: the fact that during the 4K restoration, she was given the opportunity to clean up some of the film's optical effects.  This could have used a before-and-after presentation, because I'm a bit unclear as to what exactly got done.  Lambert seems quite excited by it, though, and is also careful to point out that nothing was actually changed; just improved.

I was intrigued by this, so -- spurred on by both this and the desire "Fear and Remembrance" sparked in me to undertake my own revisitation of the movie -- I decided to try an experiment.  Could I do a literal side-by-side comparison of the 2012 Blu-ray transfer with the 2019 transfer?