Today, let's have a look at a trio of books by film critic and journalist Lee Gambin, beginning with his exploration of the Lewis Teague adaptation of Cujo: 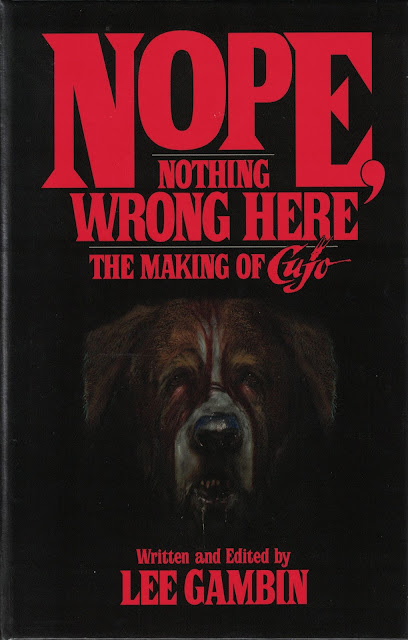 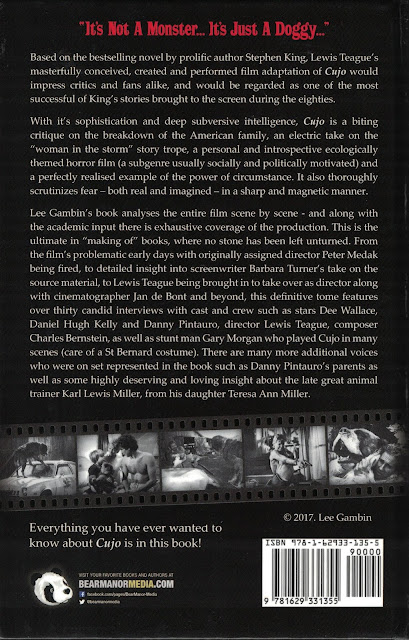 Weighing in at close to five hundred pages, this is an exhaustive piece of work indeed.  I'm pretty sure I feel like every movie ought to have a book this detailed written about it.  Well, okay, maybe not EVERY movie, but certainly every good movie; and Cujo, as Gambin persuasively argues throughout, is probably closer to a great one than merely a good one.
Gambin's structure is simple, but highly effective: he walks us through the entire film, scene by scene, in chronological order.  Not merely summarizing the film, he's also giving keen critical analysis as he goes.  After each scene, he then provides lengthy oral-history-type comments from many of the filmmakers and other contributors who worked on the production.  Often these comments illuminate the making (and intentions) of the scene Gambin has just discussed; sometimes, though, they speak less to specific scenes and more to at-large issues and concerns.
Read more »
by Bryant Burnette at 5:56 AM 30 comments: